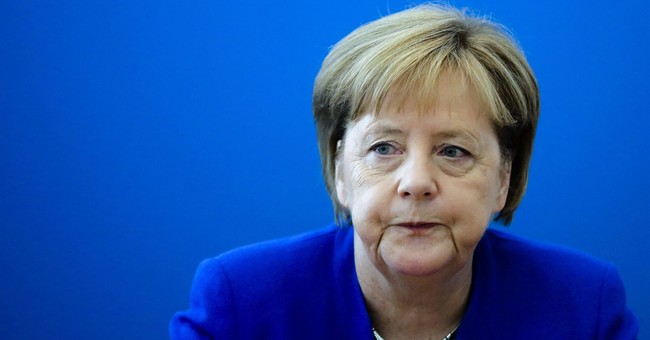 German Chancellor Angela Merkel has been criticized for adopting a much too relaxed policy on immigration. Her open doors agenda has allowed for upwards of a million refugees to stream into her country since 2015. Some claim the policy was the precursor to violence on the streets of Berlin and Cologne, particularly on New Year's Day 2016. Thousands of men, some claiming to be asylum seeking refugees, were accused of raping and groping women during the festivities.

In December 2016, an Afghan migrant was given a life sentence for killing a 19-year-old German student.

Merkel, who has been in power for 13 years, is suddenly reversing her immigration policy in the hopes of keeping her government together, according to new reports. Her unpopular policy was a large reason why her party, the Christian Democratic Union, crashed and burned in last September's elections. This week, she has agreed to build border camps for asylum seekers and to tighten the border with Austria.

It would establish camps, called “transit centers,” at points along the border. Newly arriving migrants would be screened in the centers, and any determined to have already applied for asylum elsewhere in the European Union would be turned back.

Her turnaround was prompted by her Interior Minister, Horst Seehofer, who has demanded that migrants at the border must have papers before advancing past the German welcome mat. Officials, he said, must also block refugees if they have already registered in another European country.

“The security of our country begins on our borders,” Merkel conceded to reporters on Monday.