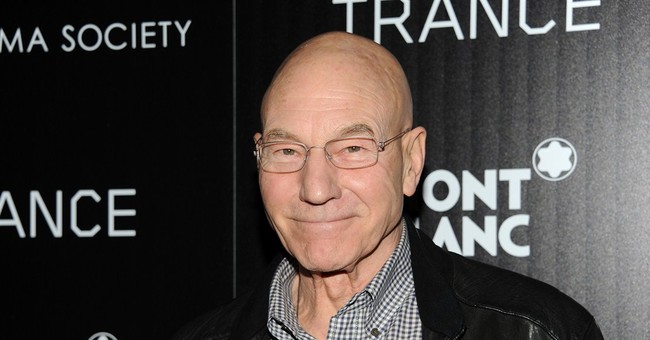 ‘Star Trek’ actor Patrick Stewart has joined a rare club in Hollywood that has dared to speak out in defense of religious freedom. This time, it involves a small bakery in Belfast, Northern Ireland.

Ashers Bakery owners Daniel and Amy McArthur are devout Christians. Their religious conscience was challenged when an LGBT activist asked them to bake a cake with the words “Support Gay Marriage” above a photo of Sesame Street’s Bert and Ernie, two male roommates on the children’s show whom are often labeled a gay couple. When the Christian managers refused to ice such a cake, Lee sued.

Lee’s team suggested his request was nothing more than just a “mechanical process.” Yet, that's now how the McArthurs see it. To them, to honor Lee's request would be a violation of their faith. Daniel said as much:

"We felt as Christians we could not in conscience put it on a cake. We believe the business is being given to us by God and how we use it is on our shoulders."

Yet, the court sided with Lee. They found the McArthurs guilty of "discrimination" and fined them £500.

That's when Captain Jean-Luc Picard (AKA Patrick Stewart) went on Newsnight to voice his support for the Christian family.

He continued: "I would support their rights to say no, this is personally offensive to my beliefs, I will not do it."

Exactly. Why should a Christian business be forced to comply with a request that makes them uncomfortable? They have every right to not do so.

We have had our share of Christian companies here in America being pressured to violate their beliefs as well. You may recall the small business Memories Pizza in Walkerton, Indiana, was even forced to close up shop when they received backlash and death threats for voicing their support of the Religious Freedom and Restoration Act. When The Blaze’s Dana Loesch started a GoFundMe page on their behalf, however, Americans overwhelmingly responded and helped get the business back up and running.

The McArthurs are also fighting back. Last week, the family announced they would appeal the court's unfair decision.

One more thing: Lee claimed he felt like a “lesser person” when the Ashers denied his request. His overly dramatic reaction seems like another example of the left trying to silence debate by feigning outrage against the "bigoted" religious right. My colleagues Guy Benson and Mary Katharine Ham talk about this shameful strategy in their new book “End of Discussion,” available for preorder here.

Whatever the court’s decision, it is sure to have a ripple effect across Northern Ireland and the rest of Europe. Hopefully they learn a thing or two from the admirable comeback of Memories Pizza.