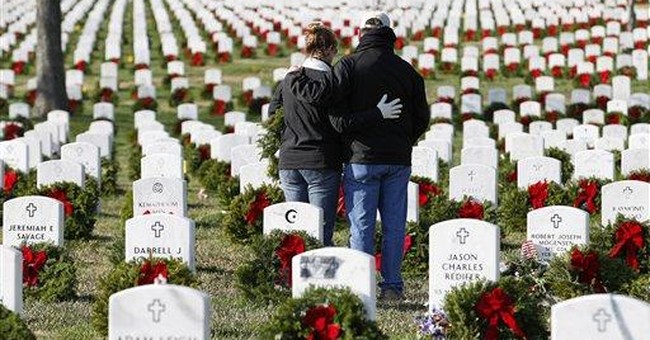 No Blue Line trains will be operating on Veterans Day in the nation's capital, reports local news. Instead, to accommodate the thousands of tourists who will descend on the National Mall for a "Concert for Valor" featuring the likes of Bruce Springsteen, Carrie Underwood and Metallica, the Washington Metropolitan Area Transit Authority decided to do away with Blue Line service:

Between 400,000 and 800,000 people are expected to be at the National Mall on November 11, authorities said. In order to maximize the capacity and accommodate as many Metro Riders as possible, Metro will change the service patterns to provide more trains on the Yellow, Orange, Silver, Green, and Red Lines.

While altering timetables during holidays is nothing new, particularly alarming about the WMATA's decision, is that the Blue Line is the only route that goes to Arlington National Cemetery, a United States military cemetery that was established during the Civil War.

They do offer an alternative option, however. Their website ensures that shuttle trains will be operating to and from the cemetery, but these shuttles are even headaches for us locals - I can't imagine what a nightmare they'd be for wide-eyed visitors. Why not save the shuttle for the concert? After all, aren't our veterans more important than rock stars?

What a shame we need to ask that question.