Despite Palestinian Pressure, Netanyahu Intends to ‘Build Everywhere’ in Jerusalem 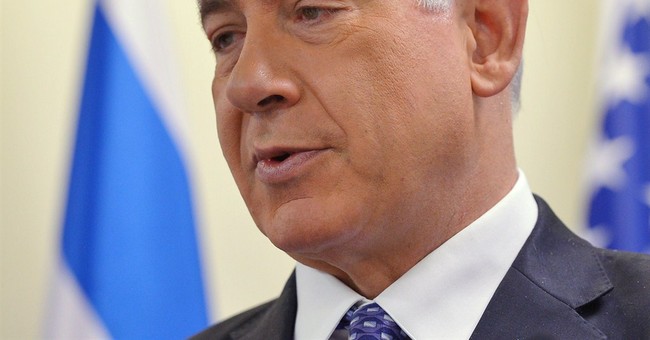 This week marks 47 years since Jerusalem’s reunification after the 1967 Six Day War. Israeli Prime Minister Benjamin Netanyahu spoke at a ceremony in Jerusalem’s Mercaz Harav Yeshiva to remember the anniversary:

“As we believe that our capital is the heart of our nation, it must be united...it must be connected to the great soul of eternal Israel, to the Torah and to the intellectual assets created by our sages throughout the generations.”

Jerusalem has a central place in Israel’s history, he urged:

The Palestinian Authority, however, wants Netanyahu to tone down his rhetoric, which acts in opposition to Palestine’s search for statehood. Nabil Abu Rudaineh, spokesman for PA President Mahmoud Abbas, issued a warning that the prime minister’s words would prevent American peace talks:

There can be no peace agreement with Israel without east Jerusalem becoming the capital of the Palestinian state, Rudaineh said.

Rudaineh cautioned that Israel’s refusal to accept this position would have “grave consequences and would not contribute at all to prospects of achieving peace.”

But, the undeterred and ever bold Israeli prime minister is not about to be silenced – especially on Jerusalem Day. In fact, some construction projects are already in the works:

The Israel Lands Authority agreed to extend Shaare Zedek Medical Center’s lease agreement at no cost, and to allocate land for the further expansion of the hospital’s medical needs.

Additionally, it was agreed to invest NIS 55m. over three years to complete construction of the National Campus for the Archeology of Israel, in coordination with the Israel Antiquities Authority, which has raised over NIS 200m.

With Netanyahu at the helm, it doesn’t look like Israel is going to cede land – especially the Holy Land – anytime soon.