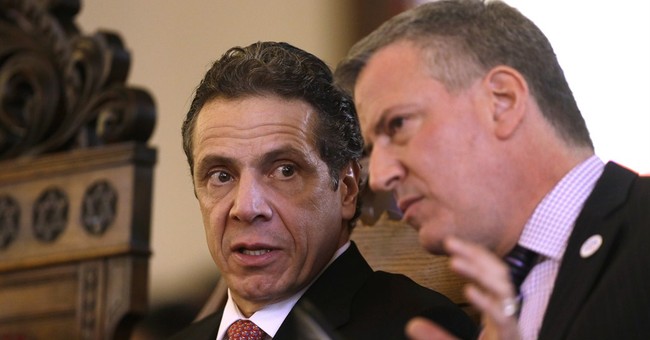 Could the Big Games be headed for the Big Apple? While Mayor Bill de Blasio seems unimpressed with the idea, it looks like Governor Andrew Cuomo is at least considering it:

Some New York City leaders, including Dan Doctoroff, top aide to former New York City Mayor Michael Bloomberg, are pushing for the city to compete for the Olympics. Bloomberg unsuccessfully bid on the 2012 Olympics.

"We are looking at it, and I look forward to talking to Dan about it," Cuomo told reporters in Manhattan.

If Cuomo is sincere in wanting New York to host the summer Olympics, the next step for the city would be to set up an advisory committee.

The last time an American city hosted an Olympics was in 2002, when Mitt Romney proved to be a successful CEO of the Salt Lake City Winter Games.

I’m sure I’m not the only American who would love to welcome the Olympics back. Just one look at the positive social and economic impact the Games had on Salt Lake City should be enough of an incentive for anyone:

Since successfully hosting the Olympic Winter Games in 2002, Salt Lake City has enjoyed a number of significant legacies, ranging from infrastructural improvements and economic benefits to the enhancement of the city’s reputation as a winter sports hub. The venues that hosted the dazzling sports action 12 years ago, for instance, are still used today for major events, elite training and recreational purposes.

If I were Romney, I'd be waiting by my phone for another call.

The 2024 Olympic bidding begins next year and the winning city will be announced in 2017.