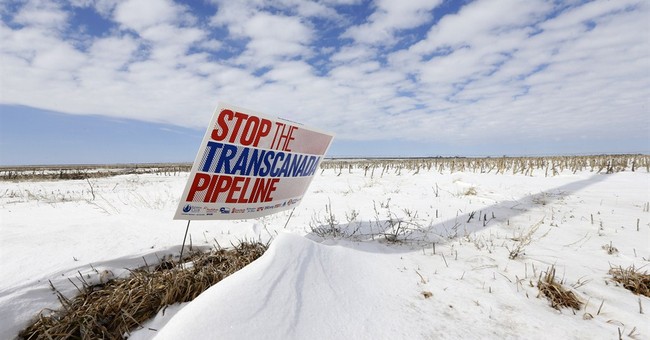 The Office of Management and Budget released an official veto threat Wednesday that falsely claimed the House Keystone Pipeline Act would preempt a Nebraska court case challenging the pipeline's construction.

"The Administration strongly opposes H.R. 3, which would immediately authorize the construction, connection, operation, and maintenance of the Keystone XL pipeline," the OMB Statement of Administrative Policy reads. "The bill also would authorize the project despite uncertainty due to ongoing litigation in Nebraska."

But this is just plain false. Nothing in the bill preempts any state law including the Nebraska court case challenging construction of the pipeline. All the bill does is clear all federal law hurdles to the pipeline's construction. Nebraska still has the power to stop or change the pipeline pursuant to Nebraska law.

“I am an ardent supporter of states’ rights," the bill's author, Rep. Kevin Cramer (R-ND) told Townhall. "This bill does nothing to impede the state of Nebraska or any other state from utilizing its jurisdiction over constructing, operating, or maintaining a crude oil pipeline."

The White House also claims that the House bill "would cut short consideration of important issues relevant to the national interest," despite the fact that the State Department has now issued five environmental impact reports on the project over a six year span.