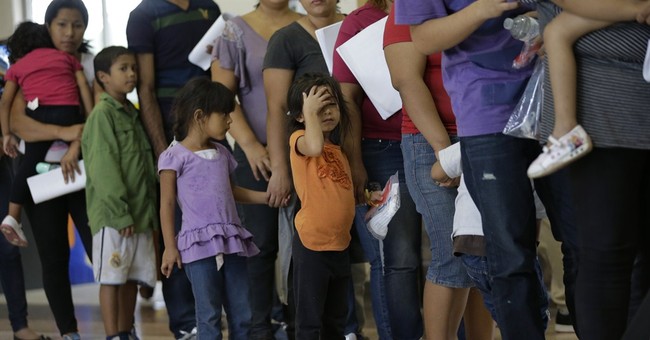 The odds that President Obama's executive amnesty will be stopped by a federal court before it starts went up Monday when U.S. District Judge Andrew Hanen was assigned to hear a challenge to the policy brought by Texas and more than 15 other states.

While Obama may have announced his new immigration policy in November, the federal agency implementing the policy, the United States Citizenship and Immigration Services office, has notified potential beneficiaries of the program that they will not be issuing any documents for at least six months.

This implementation delay gives opponents of the program, including the state of Texas, a window of opportunity to get a court order stopping Obama's plan before it even starts. Texas filed for such a preliminary injunction motion Friday.

Hanen, who was appointed to the bench in 2002 by President Bush, is no stranger to immigration-related cases. In 2013, Hanen issued an order in a child smuggling case castigating the Obama administration for completing a "criminal conspiracy."

In that case, U.S. v Nava-Martinez, an illegal immigrant living in Virginia paid defendant Mirtha Veronica Nava-Martinez $6,000 to smuggle her child from El Salvador to Virginia. Nava-Martinez, who had no relation to the mother or the child, was then caught at the border with the child by Customs and Border Protection agents.

Department of Homeland Security officials then notified the mother that they had her child and arranged for the child to be delivered to her at taxpayer expense, "thus successfully completing the mission of the criminal conspiracy," Judge Hanen wrote. "[DHS] did not arrest her. It did not even initiate deportation proceedings against her. This DHS policy is a dangerous course of action."

This is the fourth case with the same factual situation this court has had in as many weeks. ... The DHS is rewarding criminal conduct instead of enforcing the current laws. More troubling, the DHS is encouraging parents to jeopardize the safety of their children. ... Those who hear that they should not fear prosecution or deportation will not hesitate, and obviously have not hesitated, to act likewise.

Hanen then noted that the number of unaccompanied alien children rose 81 percent between 2010 and 2012, adding, "If they persist in this policy, more children are going to be harmed, and DHS will be partly responsible because it encourages this kind of Russian roulette."

History then proved Hanen right. Word did get out both north and south of the border that the Obama administration was helping illegal immigrant children reach their illegal immigrant parents in the United States. The result was a humanitarian crisis at the border of Obama's own making.

Finally, the Court is aware that prosecutors and law enforcement officers, including those here on the border, frequently use their discretion to defer the prosecution or arrest of individuals. This Court is not opposed to the concept of prosecutorial discretion, if that discretion is exercised with a sense of justice and common sense. Nevertheless, it is not aware of any legal principle, including prosecutorial discretion, that not only allows the Government to decline prosecution, but further allows it to actually complete the intended criminal mission. The DHS should enforce the laws of the United States - not break them.

Texas has asked for a hearing on their motion for a preliminary injunction before December 31, 2014. There has been no indication from the court yet when it plans to schedule such a hearing.