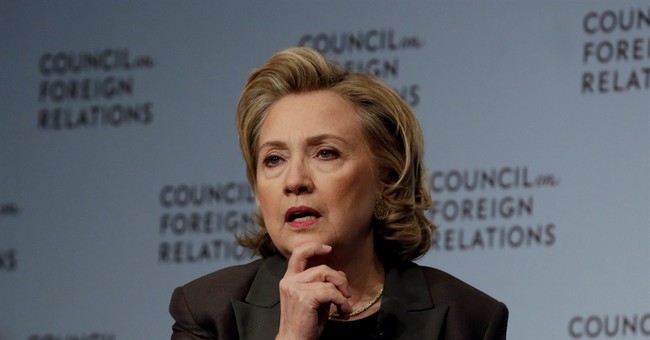 More than two-thirds of Americans, 67 percent, believe Hillary Clinton will run for president in 2016, according to a new The Economist/YouGov poll.

And in the plus column for Hillary, the same poll shows that 60 percent of Americans think she will win the White House in 2016 if she does run.

But underneath those numbers is some cause for alarm. While more Americans (46 percent) view Hillary favorably than unfavorably (45 percent), just 38 percent of Americans believe Hillary "understands the problems facing ordinary middle class people."

Contrast that number with a similar question from the 2012 exit polls:

Obama and Romney mostly split voters who chose their candidate based on who “shares my values,” who “is a strong leader,” and who “has a vision for the future.” But among those voters who cast their ballot based on which candidate “cares about people like me,” Obama walloped Romney 81 percent to 21 percent.

"Understands the problems facing ordinary middle class people" is not the exact same question as "cares about people like me," but it's close.

Obama won reelection in 2012 because he established a personal connection with millions of Americans who don't normally vote. He changed the electorate by convincing new voters that he cared about their problems.

Hillary does not seem to have that same connection with everyday Americans. Three-quarters of Americans (75 percent) describe Hillary as "wealthy," which is almost identical to the 72 percent that described Mitt Romney the same way. Meanwhile just 32 percent of Americans say Obama was wealthy before he was elected president.

And Hillary's recent book tour could not have helped this perception either. From her claim that she was "dead broke" to her insistence that she is "not truly well off" she has proved to be truly tone deaf to middle class America reality.

And let's not forget her six figure speaking fees from Goldman Sachs or from public universities strapped for cash.

And no middle class parent could possibly think a mother whose daughter scored a $600,000 no-show job with NBC News has any idea what it is like to really worry abut your child's career.

If Hillary does win in 2016, it is not going to be because Americans believe she "cares about people like me."