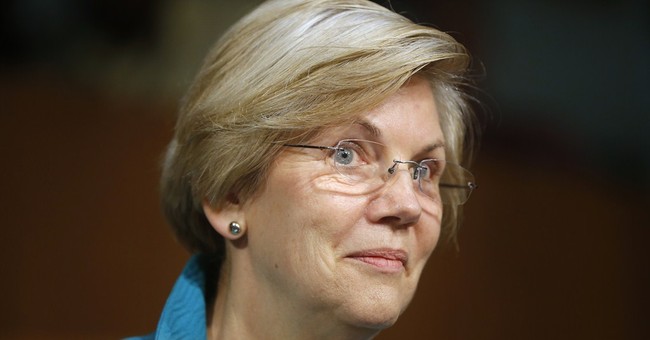 Sen. Elizabeth Warren (D-MA) may market herself as a progressive populist, but when forced to choose between everyday Americans and billion dollar international corporations, Warren sides with the corporations.

“Senator Warren believes that the Export-Import Bank helps create American jobs and spur economic growth," Warren spokeswoman Lacey Rose wrote in an e-mail to Bloomnberg News, "She looks forward to reviewing re-authorization legislation if and when it is introduced."

In fact, the Export-Import Bank does not create any net jobs. Whatever jobs it does create for the corporations it subsidizes are lost by non-subsidized businesses.

In reality, all the Export-Import Bank really is, to quote then-candidate Barack Obama, is "little more than a fund for corporate welfare."

This is why President Ronald Reagan proposed shrinking the Export-Import Bank saying at the time, "We’re doing this because the primary beneficiaries of taxpayer funds in this case are the exporting companies themselves–most of them profitable corporations."

Over 75 percent of all Export-Import corporate welfare subsidies go to large corporations, not small businesses.

And the corporate welfare bank is set to cost taxpayers more than $2 billion over the next ten years while bank officials are being investigated for fraud and corruption.

If the Progressive movement and their Democratic Party want to become the part of corporatism, then conservatives and the Republican Party must offer the American people an alternative by fighting corporate welfare in all its forms, including the Export-Import bank.