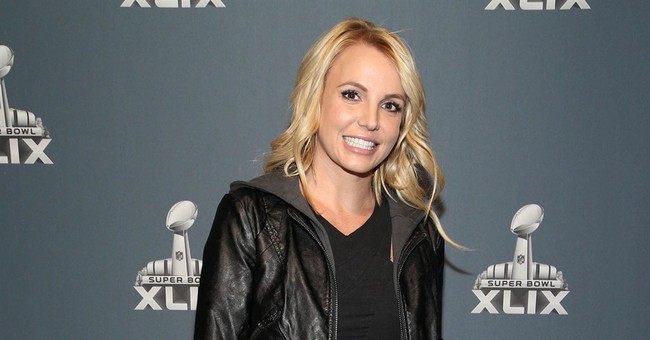 Pop star Britney Spears (UPDATE: maybe?) endorsed Hillary Clinton on social media early Friday morning, tweeting two pictures of herself with the candidate in Las Vegas with the hashtag #ImWithHer. The hashtag is used by Clinton supporters. Nevada's Democratic caucus is this Saturday, which explains why Clinton was in the area.

Being in Vegas for #PieceOfMe is amazing for so many reasons... Especially today... because I had the incredible opportunity to meet @HillaryClinton!! Such an inspiration and beautiful voice for women around the world!!! This woman had an intense presence and I felt very honored to meet her!!!


However, Spears deleted the tweet shortly after posting it, and then edited both Facebook and Instagram posts to remove the hashtag that indicated her support. She eventually re-posted the original tweet, also sans hashtag.

This was the tweet I linked to. Confused why @britneyspears deleted it but kept her insta post up. pic.twitter.com/hcYietSWGX

weird, it looks like @britneyspears has removed the “#ImWithHer” from her posts. Compare: https://t.co/hxg3xDNGyY pic.twitter.com/nIr8v3gLOj

Some of Spears' Bernie Sanders-supporting fans were less-than-thrilled with her decision to tweet her support of Clinton, whereas others were saying that Spears' tweet had tipped their vote:

Doesnt that face just scream 'I'm being paid for endorsing her but deep inside i feel the bern' https://t.co/v1k2dgwuqL

If Britney Spears is voting for Hilary Clinton, so am I

While there have been longtime, completely unsubstantiated rumors that Spears is conservative-leaning or a Republican (probably rooted in the fact that she was raised in Louisiana), she has largely avoided anything to do with politics up until now. She had never publicly endorsed a candidate, and her stealth edits and deleted tweets could be a sign that while she's okay with meeting politicians, she doesn't want to publicly endorse anyone or influence her fans' votes.