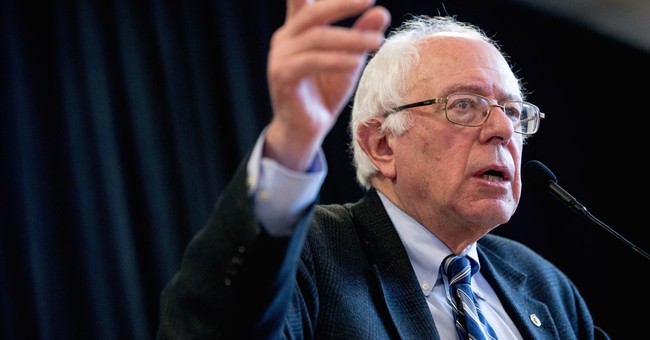 It's a day ending with "y," which means Sen. Bernie Sanders has likely said something utterly head-scratching on Twitter. On Tuesday, his target was...ATM fees.

In my view, it is unacceptable that Americans are paying a $5 fee each time they go to the ATM.

Never mind that there are roughly a zillion banks in the United States that offer free ATMS (or refunded fees), and that using an ATM is a choice. A person in desperate need of cash is also free to pop into a drugstore or grocery store and get cashback with a regular purchase. Why does it matter what a bank decides to charge for an ATM fee?