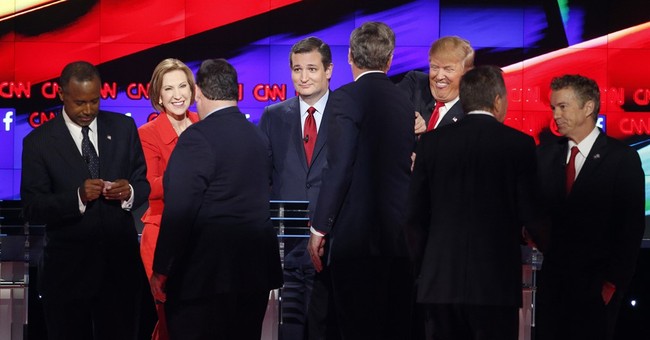 (Candidates are listed in the order of their polling average. This post will be updated as more candidates release reactions.)

As President, I will reverse Obama's unconstitutional gun rules on day one. https://t.co/3x7BWMiNKT

We the People have a Constitutional right to bear arms and it is the President's responsibility to uphold that right.

Pres. Obama has told us to trust him on gun rights - just like "if you like your doctor, you can keep your doctor". https://t.co/uOrHqK1e0S

NEW VIDEO: I will fight as hard as I can against any effort by Pres. Obama to challenge our 2nd Amendment rights. https://t.co/zdiunpuwDd

Another lawless, unconstitutional overreach. The 2nd Amendment is an individual right. Mr. President, how about enforcing the laws we have?