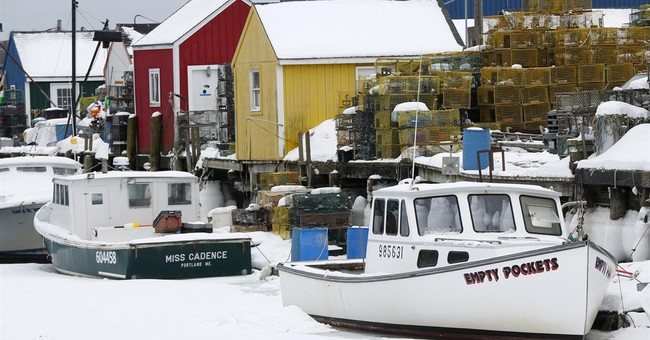 While the site was knocked offline, Maine's Secretary of State Matt Dunlap assured that it was not "hacked," and that information was not breached.

A hacker group using the Twitter handle Vikingdom2015 has claimed responsibility for taking down both maine.gov and New Hampshire’s visitnh.gov, although the latter site is now currently operating.

The same group has taken responsibility for what’s known as “Denial of Service” attacks on other government websites, such as Oklahoma City’s okc.gov.

http://t.co/pICnaONbU1 will be down for a while. ENJOY

Twitter found it amusing that of all the 50 states, the hacker chose Maine, a relatively low-populated state known mostly for Stephen King novels and delicious lobster rolls. (Full disclosure: I was born and raised in Maine.)

[Russian hackers] Lets take down America. Okay, where should we start? MAINE. Lets hit'em where it hurts.

The site went back up shortly after noon, about an hour after it was attacked.