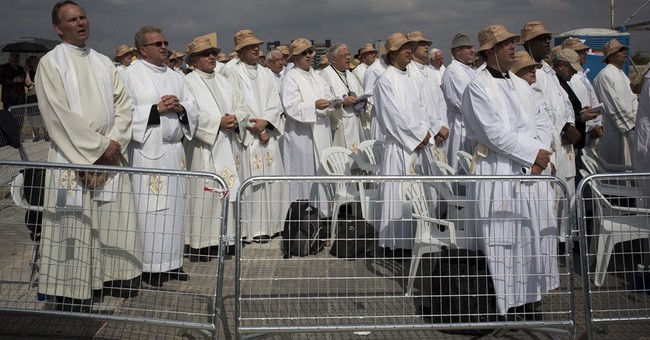 Today, the first day of the liturgical season of Advent, the Vatican launched the "Year of Consecrated Life," an event that will continue through 2015 and in to early 2016 meant to celebrate those who have chosen to live a consecrated life with a religious institution.

The three focuses of the year, per a letter from Pope Francis, are "to look with to the past with gratitude," "live the present with passion," and to "embrace the future with hope."

Pope Francis also addressed the laity in his letter, reminding them that the history of Christianity would be far different without the works of consecrated persons:

The Year for Consecrated Life concerns not only consecrated persons, but the entire Church. Consequently, I ask the whole Christian people to be increasingly aware of the gift which is the presence of our many consecrated men and women, heirs of the great saints who have written the history of Christianity. What would the Church be without Saint Benedict and Saint Basil, without Saint Augustine and Saint Bernard, without Saint Francis and Saint Dominic, Saint Ignatius of Loyola and Saint Teresa of Avila, Saint Angelica Merici and Saint Vincent de Paul. The list could go on and on, up to Saint John Bosco and Blessed Teresa of Calcutta. As Blessed Paul VI pointed out: “Without this concrete sign there would be a danger that the charity which animates the entire Church would grow cold, that the salvific paradox of the Gospel would be blunted, and that the “salt” of faith would lose its savour in a world undergoing secularization” (Evangelica Testificatio, 3).

The renewed focus on young people considering religious life, both from Church officials and from popular culture is certainly interesting. It will be interesting to see what the "Francis effect" has on vocations.