Lena Dunham Threatens to Sue Website for Quoting Her Own Words 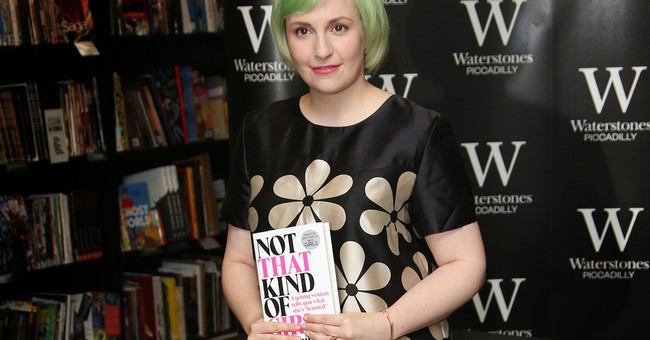 I wrote yesterday about the public's uproar to actress Lena Dunham's admission in her memoir Not That Kind of Girl that she had behaved (in her words) similar to a "sexual predator" toward her younger sister, Grace, during their childhood. Now, Dunham has filed a cease-and-desist order against Truth Revolt, one of the websites that published excerpts from her book...for publishing excerpts from her book. Dunham's lawyers threatened over a million dollars in damages due to Truth Revolt's article.

On Saturday, HBO’s Lena Dunham sent a “cease and desist” letter to TruthRevolt demanding that we remove an article we posted last Wednesday on sections of her book, Not That Kind of Girl. The letter threatened legal action if we did not both remove that article, as well as print a note, the suggested language of which read as follows:

We recently published a story stating that Ms. Dunham engaged in sexual conduct with her sister. The story was false, and we deeply regret having printed it. We apologize to Ms. Dunham, her sister, and their parents, for this false story.

We refuse. We refuse to withdraw our story or apologize for running it, because quoting a woman’s book does not constitute a “false” story, even if she is a prominent actress and left-wing activist. Lena Dunham may not like our interpretation of her book, but unfortunately for her and her attorneys, she wrote that book – and the First Amendment covers a good deal of material she may not like.

Dunham accused the "right wing" of twisting her words, despite literally referring to herself as acting like a sexual predator in her book.

While I may not be a lawyer, I am not entirely certain how a lawsuit against someone for quoting your own work in context is legally feasible. As many have pointed out, Dunham led a relatively privileged life with extremely liberal parents who practiced an extremely liberal parenting strategy. While it's quite possible that Dunham truly believes her behavior was perfectly normal, frankly, it wasn't. Dunham has canceled part of her book tour, reportedly to spend more time with her sister.

I think Jason Mattera sums up this whole situation well:

If you don't want to be compared to a sexual predator, then, er, don't compare yourself to one. @lenadunham