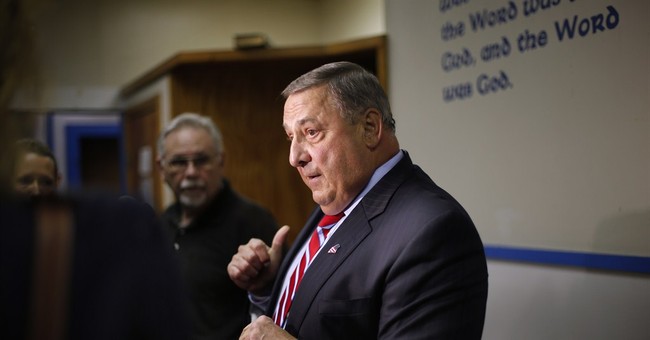 The Maine gubernatorial election is typically decided by a relatively thin margin, and polls throughout the election have shown that the three-way race between incumbent Republican Paul LePage, Democrat U.S. Representative Mike Michaud and independent Eliot Cutler has been an extremely close race. Today, however, a poll conducted by Pan Atlantic SMS Group was released that showed that LePage has a five-point lead over Michaud.

It shows LePage at 39.3 percent, compared to 33.6 percent for Democratic Rep. Mike Michaud and 19.5 percent for Independent Eliot Cutler.

According to the poll, 7.8 percent were undecided.

Clearly, this is excellent news for the LePage camp, and they have every right to be excited. The firm is highly regarded and decently accurate. However, if I were in the governor's position I wouldn't ease up just yet: another poll released today had LePage losing by two points to Michaud, albeit the numbers were well within the margin of error.

Looks like it's going to be a crazy October in the battle for control of Vacationland.