Today's the Day: Scots to Vote For Whether or Not to Secede From the United Kingdom 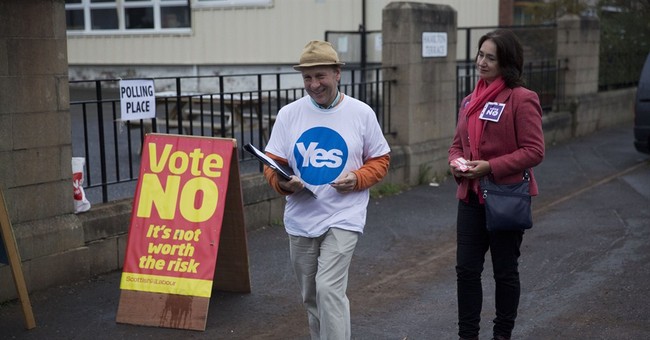 Today, residents of Scotland are voting about whether or not to end the over 300-year union with England and become an independent nation. Polls close at 10 p.m. GMT, and opinion polling has seen a surge of the "yes" camp in recent weeks. Some are predicting that the vote could be as close as the narrowly-defeated 1995 referrendum for Quebec independence.

The vote has come with significant controversy, as Scotland has changed voting laws to permit 16 and 17-year-olds to vote, and forbade Scots living outside of Scotland from voting.

Slightly confused American? The Guardian put together a handy video for non-Brits to explain what is happening: