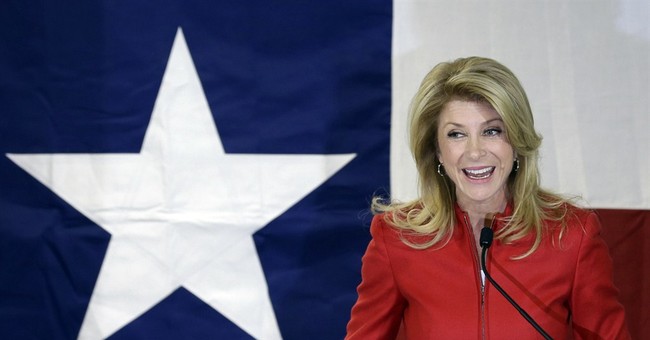 Wendy Davis, current Democratic nominee for governor of Texas who rose to national fame after an 11-hour filibuster against a bill that would prohibit abortion after 20 weeks gestation, is now selling various baby outfits on her campaign website.

Since the start of her campaign, Davis has been furiously backpedaling away from her extreme views on abortion.