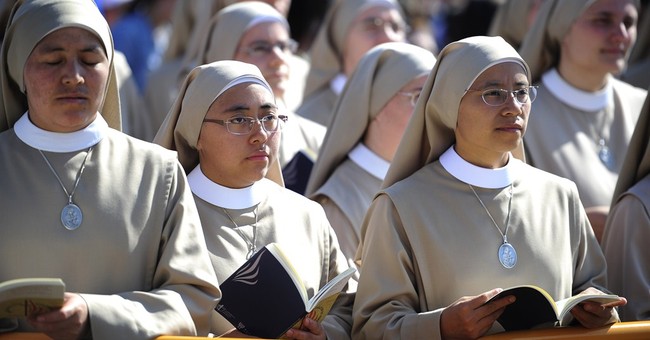 EWTN: Global Catholic Television Network (EWTN), a Catholic-themed television network founded in 1980 in a garage studio by a nun, has been denied protection from the HHS contraception mandate following a decision yesterday by Mobile, Ala. District Judge Callie V. Granade.

A statement posted on EWTN's website and Facebook page by CEO Michael P. Warsaw expressed his disappointment with the decision and said that EWTN will seek an appeal to the Eleventh Circuit Court of Appeals in Atlanta.

“We are extremely disappointed with the decision reached by the court in this case. The opinion issued is clearly inconsistent with the decisions reached in nearly all of the cases decided to date. The fact that the court has dismissed the serious issues of conscience and religious freedom that EWTN has raised is very troubling.

As an organization that was founded by Mother Angelica to uphold the teachings of the Catholic Church, we do not believe that contraception, abortion-inducing drugs and voluntary sterilization should be defined as health care. We simply cannot facilitate these immoral practices. We have no other option but to continue our legal challenge of the mandate. We are making an immediate appeal to the Eleventh Circuit Court of Appeals in Atlanta.”

EWTN is the largest religious media network in the world, and its television schedule includes recordings of Catholic Mass, along with other religion and theological-based shows. In addition to its television station, EWTN also has publishing, electronic and print media, and radio divisions to further spread the Catholic faith.

It's hard to deny the religious conviction and mission that is behind the work of EWTN. Contraception, abortion, and sterilization are viewed by faithful Catholics as deeply disordered, and it is absurd that a Catholic media network be forced to provide these items for their employees. The government does not have the right to force a company to go against its deeply-held beliefs.