GOP Needs to Pledge to Clean Up Washington's Sleazy Culture 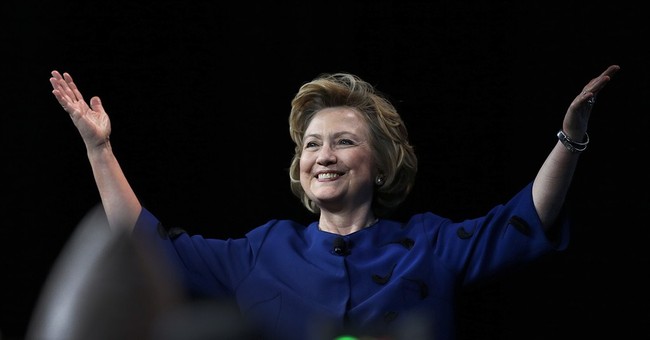 It's not always that a party can seize an issue that's not only politically advantageous -- but is also right. This is one of those times.

There is a culture of sleaze in Washington that's worse than ever. Too-big, all-powerful government not only cripples the freedoms of the regular people who have to live under it, it also creates a whole shadow infrastructure dedicated to working it to the advantage of the elite and the connected. Three recent stories illustrate the point:

Matt Continetti's piece about the divorce of lobbyists Tony and Heather Podesta shows how connected insiders can make out like bandits in Obama's Washington. The Podestas have offered their vast and wealthy clients little in the way of objective value. Rather, they've gotten rich just greasing the skids, working the system, using their connections.

Today's Washington Post report on how Hillary Clinton and Boeing have enjoyed an (ahem!) mutually beneficial relationship -- where Boeing contributes heartily to the foundation the Clintons head and Secretary of State Clinton saw to its international business interests -- illustrates the same principle of one well-heeled, insider hand washing another.

Finally, a Forbes article highlights the next step unprincipled government officials can take in these perverse relationships, with a piece arguing that Eric Holder's Justice Department blocks even friendly mergers where the companies are run by Republicans -- but mergers of deep-blue companies are scarcely scrutinized.

No wonder Google now has such an extensive lobbying infrastructure. Apparently companies need it -- kind of like "protection."

The whole issue of the incestuous Washington culture and the way oversized government encourages -- and even requires -- it is an issue Republicans should be seizing. These disgusting displays of insider greed help explain why Washington, D.C. is the richest city in America.

The left wants to call out a supposed "1%" that got rich by producing goods and services that Americans actually want, and buy voluntarily. The right should be calling out an "insider" culture that depends on our tax money -- and a behemoth government spending and regulating and controlling too much -- to line its own pockets. That's where the real greed is.