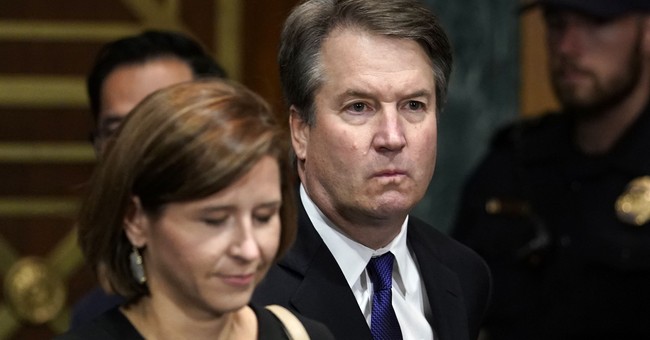 Now that people know Judge wrote a "memoir" about his struggles with alcoholism, people are flocking to read the book. And it's going for a whopping $1,899.99 on Amazon. The reason for the price gouge? The book is no longer in print.

Mark Judge's memoir is going for a LOT of money on Amazon. Would you pay that price? pic.twitter.com/BMnbiQjtzP

The book, Wasted: Talex of a Gen X Drunk, was briefly published on Internet Archive but was taken down for "various reasons," Quartz reported, although it is still accessible to the general public.

Here's the book's synopsis, as detailed by Quartz:

Wasted details years of drinking, football, and sex. While Kavanaugh is not directly described in the book, most characters have thinly disguised pseudonyms, and a “Bart O’Kavanaugh” appears several times. An editors note in the book describes it as “based on actual experiences. In some cases, the names and details have been changed to protect the privacy of the people involved.”