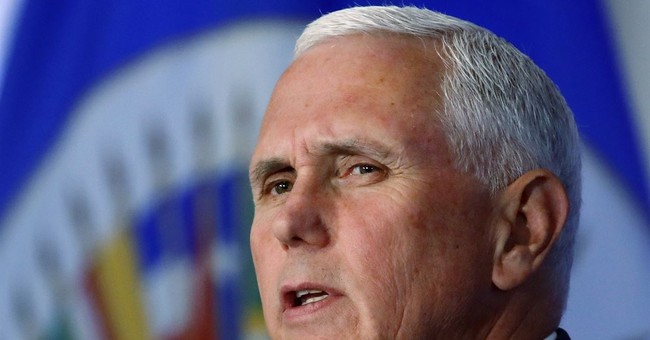 American officials, including Vice President Mike Pence, have denounced the Venezuelan election as a “sham.”

Vice President Pence said in a statement that the country’s “election was a sham – neither free nor fair” and he said that “The United States will not sit idly by as Venezuela crumbles and the misery of their brave people continues.” He added, “America stands against dictatorship and with the people of Venezuela. The Maduro regime must allow humanitarian aid into Venezuela and must allow its people to be heard.”

Florida Governor and Senate candidate Rick Scott (R) also referred to it as a “sham election” and said that “It’s a fraud,” and that “The US cannot stop fighting the Maduro Regime.”

Congressman Michael McCaul blasted Maduro as “an illegitimate leader whose thirst for power has driven his country into an economic & humanitarian catastrophe” and said that “The U.S. stands with the people of #Venezuela and their hope to one day be citizens in a free and prosperous country; not subjects of a brutal dictatorship.”

But while American officials issued messages of strong condemnation, Russian President Vladimir Putin offered a different response—he “sent a congratulatory message to Nicolas Maduro Moros on the occasion of his re-election” according to the Kremlin.

President Donald Trump signed an executive order related to Venezuela on Monday. The text lists “recent activities of the Maduro regime,includingendemic economic mismanagement and public corruption at the expense of the Venezuelan people and their prosperity, and ongoing repression of the political opposition; attempts to undermine democratic order by holding snap elections that are neither free nor fair; and the regime’s responsibility for the deepening humanitarian and public health crisis in Venezuela.”

Other nations announced action as well. The Miami Herald reported that the “Lima Group,” a collection of 14 countries, “said it did not recognize the ‘legitimacy’ of Sunday’s vote and said its members had agreed to ‘reduce the level of diplomatic relations with Venezuela’ and recall their ambassadors for consultation.” The group’s statement was written in Spanish.