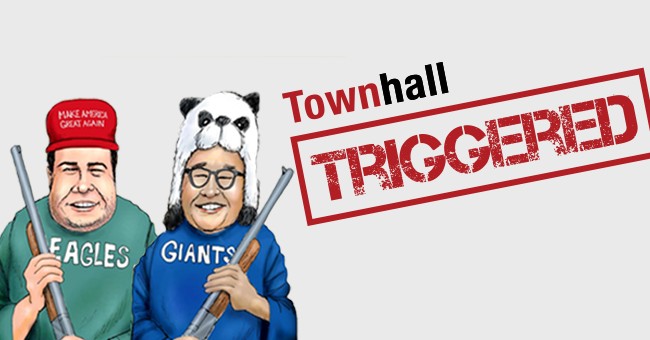 Matt and Storm are back with special guest Julio Rosas, who's now an official part of the Townhall Media family. The guy's address the Ukraine whistleblower's Democratic bias which shows this complaint is another partisan witch hunt. They also talk Joe Biden jumping on the impeachment train and Townhall's upcoming coverage of President Trump's rally in Minnesota.

03:39/
Update Required To play the media you will need to either update your browser to a recent version or update your Flash plugin.
Share   Tweet
CARTOONS | AF Branco
View Cartoon
Most Popular