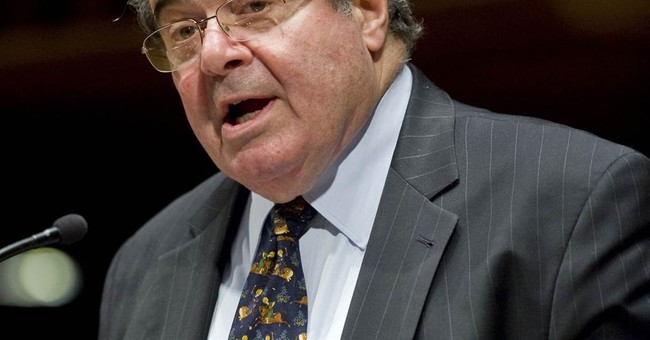 NASHVILLE (BP) -- More than 1,100 New York City students have received from public school nurses in the last year types of contraceptives that can cause abortions.

The program in 13 public high schools provided 567 students with the "morning after" pill and 580 students with Reclipsen, a birth control pill, since it began in 2011, Reuters news service reported Sept. 24. New York City apparently is the first city in the United States to distribute hormonal contraceptives, health officials said.

Morning after pills, such as Plan B, work to restrict ovulation in a female, but they also can act after conception, thereby causing an abortion. This secondary mechanism of the drug blocks implantation of a tiny embryo in the uterine wall. Reclipsen also can act to prevent implantation.

Parents had the opportunity to opt their children out of the program after it began, but only 1 to 2 percent has done so, according to the New York City health department. The New York Post was the first news outlet to report on the program in its Sept. 23 edition.

Some critics of the program said parents were not being given the information needed to make decisions for their children.

"It is unconscionable for New York City's government to implement any program that gives medication to students without the prior authorization of parents," New York State Assemblyman Marcos Crespo said in a letter to Mayor Michael Bloomberg, according to Reuters. Crespo, a Democrat, urged Bloomberg, a Republican, to end the program.

50 BABIES SAVED IN 5 DAYS OF 40 DAYS FOR LIFE -- The latest 40 Days for Life campaign received reports of 51 babies not being aborted by abortion-minded women during the first five days of this fall's outreach.

The 40-day effort -- which focuses on peaceful, pro-life prayer vigils outside abortion clinics -- began Sept. 26 at locations in 49 states, the District of Columbia and seven Canadian provinces, as well as Australia, England, Spain and Uganda.

Reports to 40 Days staff in the first five days included:

-- In Austin, Texas, a woman and her friend stayed only a brief time in an abortion clinic where a prayer vigil was being conducted. "I can't do it. I just can't do it," she told a 40 Days volunteer as they left. "Thank you very much!"

-- In Oakland, Calif., a woman told a 40 Days volunteer after she left an abortion clinic she had no health insurance and could not afford the expense of giving birth. The volunteer shared with her help was available through pregnancy help centers and social services. "She said that she changed her mind," the volunteer told 40 Days staff. "She went back inside and got her money back! Thank you, Jesus!"

DUTCH EUTHANASIA DEATHS INCREASE BY 18 PERCENT -- Euthanasia deaths in the Netherlands increased by nearly one-fifth last year, according to a Sept. 25 report.

The annual number of reported deaths by euthanasia rose by 18 percent to 3,695 in 2011, according to DutchNews. That number has doubled since 2006.

Within that overall total, sizable increases also were reported in the euthanasia of people in the early stage of dementia and those with psychiatric problems. Reported euthanasia deaths for dementia patients doubled to 49 and increased for psychiatric patients from two to 13.

Those statistics fall short of the reality in the Netherlands, according to the Euthanasia Prevention Coalition (EPC). A study by the journal The Lancet published in July showed 23 percent of euthanasia deaths went unreported in 2010.

Therefore, the actual number of euthanasia deaths in 2011 "was more likely" 4,544, EPC said. Combined with its estimate of 226 deaths by assisted suicide, which is a separate category, the Netherlands likely had 4,770 assisted deaths last year, according to ECP.

CHILDREN'S BOOK TELLS OF MISSIONARY LIFE -- The only child of Jim and Elisabeth Elliot has written a children's book about her early life in the Ecuadorian jungle where her mother told a tribe about Jesus after they had killed her father.

Valerie Elliot Shephard was only 10 months old when the Ecuadorian Indians speared to death her 29-year-old father and four fellow missionaries in 1956. Her mother, now an accomplished author, remained in the jungle several years until many in the tribe accepted Christ and abandoned their savage ways.

The release of "Pilipinto's Happiness: The Jungle Childhood of Valerie Elliot" coincides with the 85th anniversary of Jim Elliot's birth. Pilipinto, meaning "butterfly," was the Indians' nickname for the girl.

"The gift to me, and what Mother and God taught me, was the principle of being perfectly content," Shephard, now a mother of eight grown children, said. "God puts us in all kinds of situations as we are growing up. My situation was unusual, amazing and simple."

With colorful illustrations, the book conveys how Shepard learned to trust God in her jungle playground.

"There is an awful discontentment among young people," she said. "I do look at the youth culture and just feel only the Lord can bring about a heart contented with simple pleasures and gifts from the Lord."

The roadside "Lux Mundi" statue, translated "The Light of the World," replaces a similar 62-foot sculpture that was struck by lightning and burned to the ground two years ago.

The monochromatic Lux Mundi depicts Jesus wearing a robe and standing with outstretched arms; some have nicknamed it the "Hug Me Jesus."

The 1,600-member congregation held a dedication service and fireworks display on its main campus in Lebanon, Ohio, where the statue is erected.

Japanese American sculptor Tom Tsuchiya constructed the monument of polymer composite and steel, with a lightning rod on top and a lightning suppression system. The original statue was more flammable, made of foam and fiberglass.

Church members said the two-year saga has brought them good and bad publicity.

"When it got burned down, people looked at it in different ways," said church member Nick Isbel, according to WCPO.com of Cincinnati, Ohio. "Some people left the church; they thought it was a bad sign, that this was a bad place to be. Other people saw it was a good sign. It's the most that Jesus has been in the news for a while. So, it being rebuilt just puts it on people's minds and in people's hearts."

Tsuchiya, on his website, said he hopes the statue will bring change.

"Ultimately, I hope Lux Mundi will be a constant reminder for all of us to get along with each other," Tsuchiya said.

The appearance of the statue is not as important as the message it conveys, Tsuchiya said.

"In keeping with that spirit, I avoided creating a specific likeness of Jesus," he said. "The physical features that are generally associated with Jesus, such as the long hair, beard and robe, are merely symbolic on this sculpture."

Only a handful of people protested the display at the dedication, presenting themselves as Christians who oppose idol worship, WCPO.com reported.

CANADIAN PARLIAMENT DEFEATS REVIEW OF 'WHEN LIFE BEGINS' -- The Canadian Parliament easily has rejected a motion establishing a committee to review evidence on "when life begins."

Motion sponsor Stephen Woodworth of the Conservative Party promised after the vote he would continue to work for its passage. "If possible, I'll travel the country to talk about the very, very grave importance of enshrining in Canadian law the equal worth and dignity of every human being," he said, the Sun reported.

The Canadian Supreme Court decriminalized abortion in 1988. The court recommended Parliament address specific issues regarding abortion in new legislation, but lawmakers never have adopted a new law, according to the newspaper.

New York doctors have declared patients brain dead under pressure from a donor organization which sought organs for harvesting, according to a new lawsuit.

The New York Organ Donor Network pressured hospital staff members and hired "coaches" to train them to persuade family members to approve the donations, according to a New York Post report based on a suit filed Sept. 25 in Manhattan Supreme Court.

Patrick McMahon, who brought the suit, protested the tactics and was fired after four months as a transplant coordinator, he said.

McMahon's suit provided four examples of accusations of unethical organ harvesting, including that of a 19-year-old man who allegedly was attempting to breathe and gave indications of brain activity. Doctors at Nassau University Medical Center declared the man, who was injured in a car accident, brain dead after being pressured by officials of the donor network, according to the suit.

"I have been in Desert Storm, Iraq and Afghanistan in combat. I worked on massive brain injuries, trauma, gunshot wounds, IEDs. I have seen worse cases than this and the victims recover," McMahon told The Post.

Compiled by Tom Strode, Erin Roach and Diana Chandler of Baptist Press. Get Baptist Press headlines and breaking news on Twitter (@BaptistPress), Facebook (Facebook.com/BaptistPress ) and in your email ( baptistpress.com/SubscribeBP.asp).