FIRST-PERSON: An honest look at CDC data and homosexuality 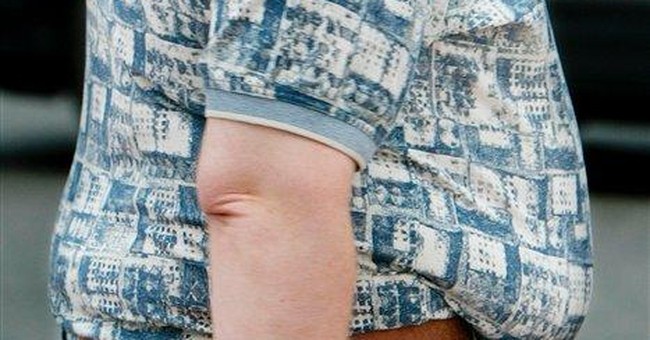 ALEXANDRIA, La. (BP) -- Studies have shown smoking to be a source of a variety of health problems, many of them with serious consequences. As a result, many laws have been passed seeking to restrict the behavior. Additionally, our government sponsors ad campaigns designed to discourage lighting up.

Obesity, like smoking, is viewed as a major health problem in the United States. Some local governments even have taken steps to encourage people to be healthy. For example, New York City has banned restaurants from utilizing artificial trans fats in their cooking process.

The health consequences tied to smoking and obesity are mostly preventable, because no one has to inhale tobacco smoke or eat unhealthy foods. Smoking is the No. 1 cause of preventable death and obesity No. 3, according in a study cited on the website WebMD.com.

I have no problem with society seeking to discourage people from unhealthy practices, although I do struggle when government starts trying to micromanage businesses, especially when it comes to the lifestyle choices of their clientele.

A 2010 study by the Centers for Disease Control revealed that one consequence of homosexual behavior makes it at least as unhealthy as smoking. A study of more than 8,000 men in 21 cities found that one in five homosexual men was infected with HIV, the virus that causes AIDS.

Twenty percent of homosexual men are infected with a virus that produces a disease that is terminal, and there is absolutely no effort to curtail the behavior. The only message that is ever uttered is that of so-called "safe sex" and condom use.

A study released by the World Health Organization in 2004 stated that "compared with no condom use, consistent condom use resulted in an overall 87 percent reduction in risk of HIV transmission." When dealing with the potential contraction of a deadly disease, I don't call 87 percent reduction in risk "safe." It might be safer than homosexual behavior without a condom, but it certainly is not totally safe. To put things in perspective, you have an 83 percent chance of not getting a bullet when playing Russian Roulette. Even though the odds are you won't blow your brains our playing the deadly game, no one encourages it.

Homosexual activists have long tried to downplay HIV/AIDS, insisting it does not affect only homosexuals. That is true. But make no mistake: HIV/AIDS is overwhelmingly found in the homosexual community and is spread via sexual contact. A 2009 CDC report found that HIV rates are 50 times higher among gay men. The statistics on HIV/AIDS even led the Los Angeles Gay and Lesbian Center to state in a 2006 billboard campaign that HIV/AIDS is a "gay disease."

There is an abundance of data indicating the unhealthy consequences of homosexuality and yet there is absolutely no effort to discourage the behavior. In fact, it seems quite the opposite is true. The effort to make gay marriage legal is, in fact, an effort to endorse and encourage the behavior as natural, normal and healthy.

Every argument put forth by homosexual activists for the acceptance of homosexual behavior as natural, normal and healthy has been proven to be false.

Our society does much to dissuade the behaviors of smoking and unhealthy eating because of the negative health consequences associated with both. However, we not only turn a blind eye to the negative health consequences associated with homosexuality, we are actually in the process of encouraging and endorsing it. When it comes to targeting unhealthy behaviors, American society is absolutely hypocritical.

Kelly Boggs is a weekly columnist for Baptist Press, director of the Louisiana Baptist Convention's office of public affairs, and editor of the Baptist Message www.baptistmessage.com , newsjournal of the Louisiana Baptist Convention. Get Baptist Press headlines and breaking news on Twitter (@BaptistPress), Facebook (Facebook.com/BaptistPress ) and in your email ( baptistpress.com/SubscribeBP.asp).