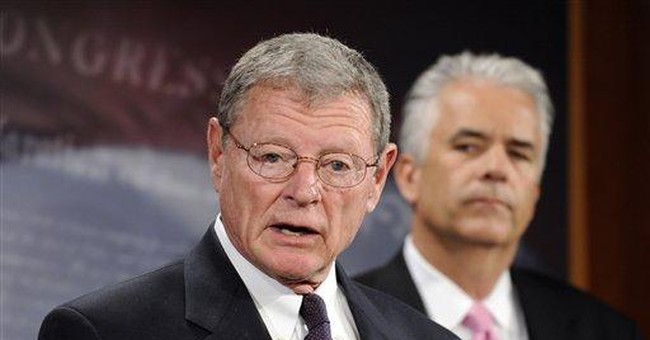 Senior Senate Republicans are floating legislation that would slam the brakes on Obama administration efforts to expand regulation of the controversial oil-and-gas drilling method called “hydraulic fracturing” on federal lands.

Sen. James Inhofe (Okla.), the ranking Republican on the Environment and Public Works Committee, is the lead sponsor, and the seven other backers include Sen. Lisa Murkowski (Alaska), the top GOP member on the Energy and Natural Resources Committee.

The bill is unlikely to advance but will provide Republicans another rallying point for allegations that President Obama’s Interior Department and Environmental Protection Agency have an overzealous agenda that will stymie development.