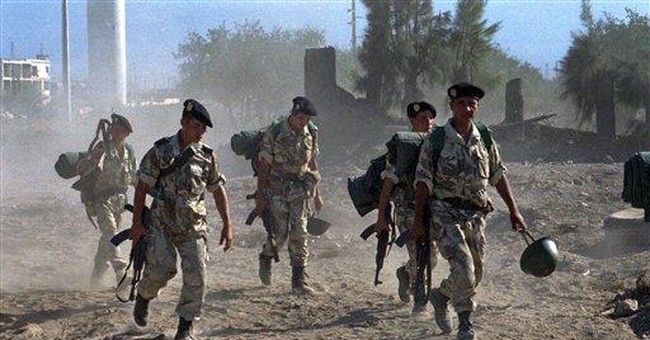 Renegade soldiers in Mali declared Thursday that they have seized power in the West African nation and dissolved public institutions because of the government's handling of an insurgency.

Soldiers wearing fatigues said on state media that they have suspended the constitution, closed the borders and imposed a curfew in the country, which U.S. officials have previously described as "one of the strongest democracies on the continent."

"Considering the incapacity of the regime in effectively fighting against terrorism and restoring dignity to the Malian people, using its constitutional rights, the armed forces of Mali, along with other security forces, have decided to take on their responsibilities to put an end to this incompetent regime of President Amadou Toumani Toure," said Amadou Konare, the spokesman for the soldiers.