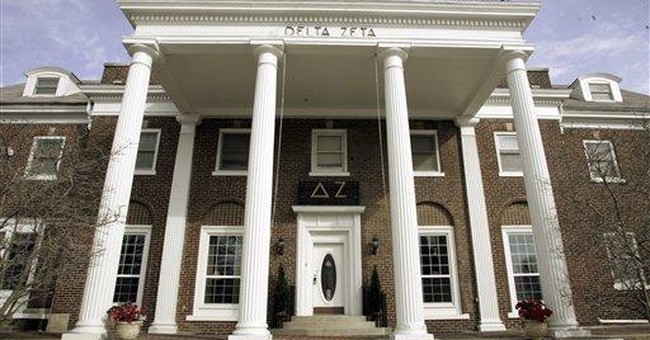 A Boston University sorority has been suspended following reports of a hazing incident involving alcohol.

The Sigma Delta Tau sorority is being investigated by school officials after the Boston University Police Department stopped three men carrying members of the sorority down a street in the city's Allston neighborhood March 3, Fox affiliate WFXT-TV reported.

One of the sorority members was intoxicated, according to the university's Panhellenic Council.