Karl Marx is Not the Father of Capitalism 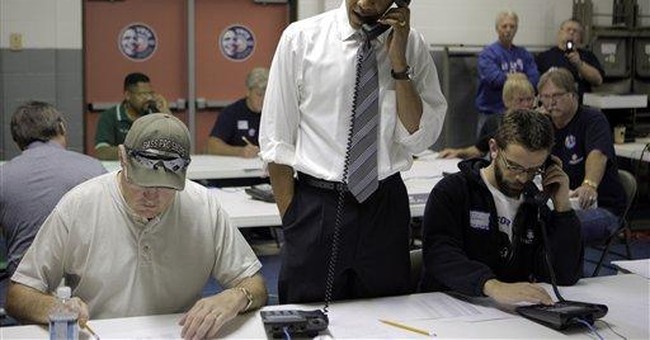 I once asked a room full of college students who the father of capitalism was.

Finally, one bold student blurted out, “Isn’t it Karl Marx?”

(That creaking sound you’re hearing is Adam Smith rolling over in his grave.)

Sadly, this is a true story. And sadly, this kind of economic and historical amnesia goes a long way toward explaining how the most far-Left candidate in American presidential history wound up in the White House.

The reason Sen. McCain’s “socialism” charges didn’t stick is precisely because “socialism” means little to voters who don’t know what the term even means. Public schools teach multicultural curriculum but seldom if ever the basics of free market economic principles.

But don’t take my word for it. Today, go out and ask five members of Sen. Obama’s target demographic—the 18 to 25-year old voter—to explain how capitalism works.

Then sit and wait for the crickets to begin chirping again.

And what about the 46 million Americans who don’t even pay taxes?

Do they understand that President-Elect Obama's economic designs only rattle an already rickety economic infrastructure? Of course not.

Republicans must bear much of the responsibility for not communicating these lessons clearly. Unlike Ronald Reagan (who majored in economics at Eureka College), Sen. McCain missed critical opportunities to play the role of “Educator in Chief.”

Take, for example, Sen. Obama’s “soak the rich” tax proposals. Sen. McCain missed huge opportunities to teach the American voter a lesson that Ronald Reagan pounded home often: businesses don’t pay taxes! Oh sure, on paper they pay taxes, but in reality they merely pass taxes along to consumers or cut jobs to make up the difference.

Here’s how Ronald Reagan taught this principle during an interview with Reason magazine:

Who pays the business tax anyway? We do! You can’t tax business. Business doesn’t pay taxes. It collects taxes. And if they can’t be passed on to the customer in the price of the product as a cost of operation, business goes out of business. Now what they’re going to do is make it easier for demagogic politicians–and you’ve got plenty of them in the state legislature–to say to the people, look, we need money for this worthwhile project but we’re not going to tax you, we’re going to tax business, now that we can do it by a one vote margin. So they’ll tax business and the price of the product will go up and the people will blame the storekeeper for the rise in the price of the product, not recognizing that all he’s doing is passing on to them a hidden sales tax.

If people need any more concrete explanation of this, start with the staff of life, a loaf of bread. The simplest thing; the poorest man must have it. Well, there are 151 taxes now in the price of a loaf of bread–it accounts for more than half the of a loaf of bread. It begins with the first tax, on the farmer that raised the wheat. Any simpleton can understand that if that farmer cannot get enough money for his wheat, to pay the property tax on his farm, he can’t be a farmer. He loses his farm. And so it is with the fellow who pays a driver’s license and a gasoline tax to drive the truckload of wheat to the mill, the miller who has to pay everything from social security tax, business license, everything else. He has to make his living over and above those costs. So they all wind up in that loaf of bread. Now an egg isn’t far behind and nobody had to make that. There’s a hundred taxes in an egg by the time it gets to market and you know the chicken didn’t put them there!

They didn’t call Ronald Reagan the Great Communicator for nothing. That’s a pretty amazing quote, isn’t it? Especially in light of the recent financial meltdown and the rationale used to justify a $700 billion bailout. But here’s what’s even more amazing: Ronald Reagan said those words in July 1975, a full five years before winning the White House. Put simply, Reagan stayed “on message” for years and didn’t relent.

Rebuilding the conservative message will demand that the next generation of conservative leaders do the same.