Whom Do You Think You're Fooling? 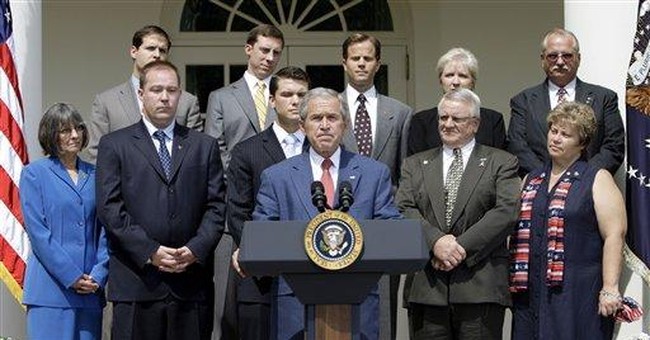 Democrats seeking nomination for the 2008 Presidential election must think the American people are pretty gullible. How else can one explain the location and the format they've chosen for their next national debate?

You see, on Monday, July 23rd, the South Carolina Democratic Party is hosting all the candidates at the Citadel. They arranged this knowing that an audience of uniformed cadets would attend, so as to offer the national television audience a tacit military endorsement for their leftist, anti-military positions.

What's worse is my fellow students at the Citadel won't even be allowed to ask questions of the candidates. They are to be seen but not heard, as all questions for the debate must be submitted in advance through the internet site YouTube. CNN is televising the debate and will have the prerogative to ignore tough questions, such as the candidates' views on the military.

Liberals have a long history of undercutting our military recruiting efforts and scuttling every piece of legislation that gives our armed forces the necessary tools to defend America. They do not seem to understand that, regardless how one feels about the current war itself, complete support for the members of our armed forces AND their mission is needed so as not to dishonor anyone in the military. Or, if they do, debating at The Citadel seems distastefully ironic.

Citadel Cadets deserve to hear these candidates answer the questions that concern us, particularly since they are exploiting our school and our distinguished heritage of selfless national service for their own personal political gain.

These candidates all declare to "support the troops," but we need to examine what they have done to see if these oft-heard words ring true.

While dodging the call to serve during Vietnam, Bill Clinton wrote that he "loathed" the military. Have any of these candidates, particularly Hillary, ever publicly condemned Bill's statement or his draft-dodging actions?

What about the words of John Kerry, who has stated our armed forces are in the business of "terrorizing kids and children"?

When was the last time they voted to fund modernizing battlefield equipment and increasing the availability of combat replacement parts and supplies?

When was the last time they voted to offer improved military pay and benefits or to reduce, or even eliminate, the taxes paid by members of the armed forces?

What initiatives, such as the Solomon amendment, have they sponsored to strengthen recruiting efforts for our all-volunteer force? Unlike The Citadel, many high schools and colleges nationwide restrict the access students have to meet with military recruiters on campus and refuse to host the Reserve Officers' Training Corps (ROTC). What have these candidates done to expand our military, such as pushing for a military presence on campus at schools like Harvard, Yale, and Stanford?

As America and the Western world continue the long-war throughout the world with radical jihadists, my peers and I are going to need more help, not less, if we expect to be victorious as we step into roles of military and civilian leadership.

If liberals continue to not support the mission, then they will inevitably not "support the troops" by not funding them. Going into armed conflict, knowing that you are not as strong as you could be because of unsupportive people and policies back home, will hopefully be a situation no soldier has to face. Either liberals do not understand how real this possibility is, or they are actively seeking to make it a reality.

My freshman year at The Citadel I learned many things. I was instructed how to shine shoes, how to march in formation, and even how to eat properly. But two of the most important lessons cadets at The Citadel learn are the importance of being completely honest and respecting those who serve in the armed forces. I, of course, hope the candidates in Monday's debate will learn these lessons while here, but as Ronald Reagan once said, "If history teaches anything, it teaches that self-delusion in the face of unpleasant facts is folly."