The Shape of September 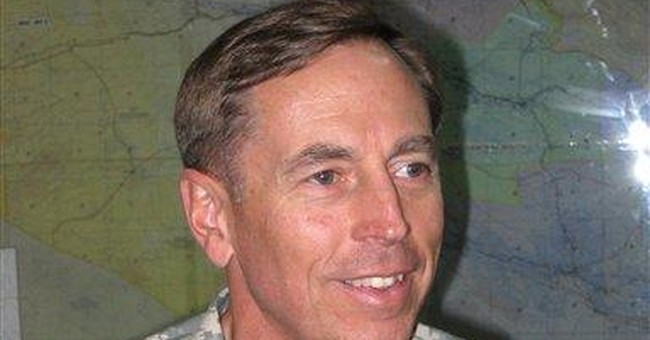 September is shaping up to be a major month for American foreign policy. President Bush, having quite responsibly (in my opinion) taken America into Iraq in 2003 to cope with what appeared to just about everyone to be a serious nuclear danger, quickly discovered that the danger was in fact nonexistent. He then spent four years trying futilely to cope with various foreign and domestic insurgencies in that badly sundered country, eventually wearing out the patience of the American people with stubborn appeals to "stay the course." He deserves high credit for refusing to cut and run, as some Democrats soon began urging him to do -- a course that would not only abandon Iraq to untold civil bloodshed but destabilize the entire Western position in the Middle East. But only recently has he shaken up his military staff and committed our forces to the "surge" that circumstances so clearly dictated.

Now, in mid-September, we are to hear from our commander in Iraq, the highly respected Gen. David Petraeus, and our ambassador there, Ryan Crocker, on how things are going, both militarily and politically. A tremendous amount will hinge on their reports, and both President Bush and the Democrats who control Congress will be forced to shape their policies accordingly.

The general expectation is that Petraeus will describe the "surge" as at least a modest success, and recommend that it be allowed to continue until about April of next year (beyond which it might impose unsustainable requirements on the Pentagon). Crocker, in addressing the political aspects of the situation in Iraq, is almost certain to have to paint a gloomier picture, since it is generally agreed that Prime Minister Nouri al-Maliki's government has failed dismally to achieve any of the goals set for it -- perhaps most notably negotiating an agreement for sharing the nation's oil revenues among its Sunni, Shiite and Kurdish factions.

President Bush will no doubt hail the Petraeus and Crocker reports as justifying a decision to continue the military "surge" -- and perhaps to force salutary changes in the makeup of the Iraqi government. But the congressional Democrats face a rather sticky problem. They are pretty well committed, as a party, to the proposition that the Iraq war is a total failure, which can only be remedied by our withdrawal, whether swift or slow. Senate Majority Leader Harry Reid has publicly declared the war "lost." No matter how optimistic Petraeus sounds, therefore (and his opinion is likely to be received with high respect by the American people in general), Reid and his allies are simply in no position to take "yes" for an answer.

The Democrats' likely solution therefore -- and it has already been foreshadowed in various comments -- will be to announce that the real issue in Iraq is not military success but political success. In other words, never mind what Petraeus may say, the near-total failure of the al-Maliki government to stabilize the country politically compels us to give up the effort.

Just how well that will fly with the American people is an open question. They certainly have grave reservations about the whole Iraq enterprise, but they may not be willing to give up all hope if Petraeus insists that he sees light at the end of the military tunnel.

That will be the point at which Bush may be able to pull a rabbit, if only a small one, out of his hat. If he can achieve a visible success on some aspect of Iraq's political front -- an agreement on oil revenues, for example -- he would be able to claim that this warrants continuing the American involvement there. If the al-Maliki government succeeded in pulling off this, or even some much smaller political triumph, you can bet that the Bush administration would urge it to withhold the news until it is badly needed -- which is to say in the latter half of September, when the congressional debate is at its most furious. One way or another, it seems clear that a month from now it will be possible to see far more clearly the direction of American policy in Iraq. President Bush may well sweeten the pot with some token withdrawal of American forces, such as Sen. John Warner's proposal to bring 5,000 troops home by Christmas. But the basic decision -- to quit or stay -- is likely to hinge on the occurrence of some favorable political development in Baghdad.