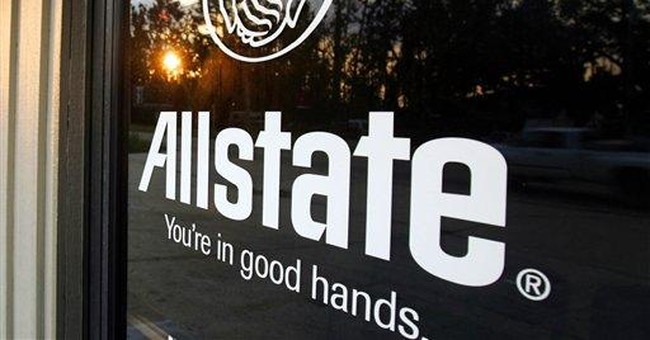 Another spectacular violation of the principle of "donor's intent" is in the process of occurring at Tulane University, down in sleepy old New Orleans. The principle in question is the one that stresses the importance, in administering a charitable gift, of making sure that the money is spent in the way or ways that the donor intended. That is surely reasonable enough. Otherwise the trustees, once the donor has passed on, could divert the money to all sorts of purposes that have no recognizable relation to what the donor wanted.

That seems to be what is happening at Tulane. It all began back in 1886. In that year, and over the next 15, Josephine Louise Newcomb donated $3,626,551 to Tulane to advance "the cause of female education in Louisiana" by creating the H. Sophie Newcomb Memorial College at Tulane, for the higher education of women. It was named in honor of Mrs. Newcomb's daughter, who had died in 1870 at the age of 15. (In today's dollars, the gifts would total more than $75 million.) Tulane accepted both the money and its terms, and in 1887 Newcomb College became the first degree-granting "coordinate college" for women in the United States.

Everything went along merrily for nearly 120 years, until Hurricane Katrina. Tulane suffered considerable damage, and its president, Scott Cowen, came up with a "Plan of Renewal," which has been controversial, to say the least. (For one thing, it called for the firing of hundreds of tenured faculty members.) But, for present purposes, the key point that it also called for the dissolution of Newcomb College and the seizure of its endowment, which at that point totaled a hefty $45 million. Tulane's Board of Administrators, shocked by the devastation of Katrina, hastily approved the Cowen plan.

All of a sudden Newcomb College disappeared -- dean, degrees, diplomas and student body. In its place appeared the H. Sophie Newcomb Memorial College Institute, a paper organization with no dean, no degrees, no student body and not even a campus. Needless to say, Tulane's Board of Administrators redirected Newcomb College's money to the Institute, where it is now under Tulane's control.

That was the point at which two nieces of Josephine Louise Newcomb filed a lawsuit seeking a preliminary and a permanent injunction against Tulane, together with declaratory relief. The judge denied the request for a preliminary injunction, but acknowledged that a "clear reading of Mrs. Newcomb's will shows that she intended for Tulane ... to use the balance of her estate to maintain a women's higher education college." Because of the contradictory ruling and statement, the ruling has been appealed to Louisiana's Fourth Circuit Court of Appeals, which has scheduled oral arguments for May 8. Is this a dispute in which outsiders ought to take an interest? It is indeed.

There are upwards of 1.3 million nonprofit organizations in America, which collectively receive more than $260 billion a year in donations. There are people all over the place who itch to get their hands on money left decades ago by thousands of donors, now safely dead, for purposes they deem irrelevant. In the name of sheer fairness, they must be stopped.

In a way, I don't blame Scott Cowen. He confronted a real disaster in the aftermath of Hurricane Katrina. The $45 million endowment of Newcomb College was the chief support of an institution for the higher education of women, at a time when women's colleges are temporarily out of fashion. It must have been unbearably tempting to fold the college into Tulane itself, and pocket its money for the overall benefit of the University.

But don't Josephine Louise Newcomb's instructions matter? She can no longer speak for herself, but every generation has an obligation to respect its predecessors, where their wishes can reasonably be honored.

Grenell Has a Theory About Who's Running a 'Shadow Presidency' in the Biden Administration
Townhall
Twitter explains why Colin Kaepernick, 'one of the greatest quarterbacks of our generation,' is trending
Twitchy
Trump Makes New Move That's the Ultimate Troll, and Liberals Are Already Melting Down
Redstate
If You Thought the First Impeachment Was a Circus, Just Wait for Impeachment 2.0
PJ Media