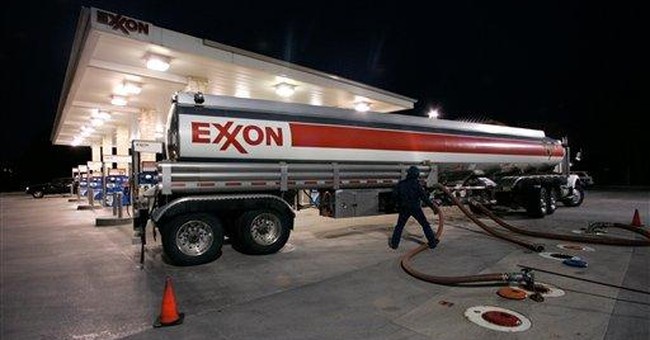 Richard and Shauna Kidman operate RD’s Drive In and Exxon in Page, Arizona, and have for more than three decades. In 2000, much to their horror, they discovered that some of their employees, most of whom are Navajo from the nearby Navajo Nation, were sexually harassing fellow employees in the Navajo language. It was not just the female employees who objected to what was being said in the kitchen; many of the Kidmans’ customers had heard that offensive language as well and had stopped patronizing the restaurant.

Neither Richard nor Shauna speaks Navajo, nor does their son Steve who helps to run the place; therefore, in order to ensure their ability to monitor employee behavior and preserve a proper working environment, the Kidmans, in accordance with information set out on the website of the Equal Employment Opportunity Commission (EEOC), adopted an English language workplace policy. Nonetheless, in 2002, the EEOC filed a lawsuit against the Kidmans asserting that, by “discriminating” based on language, they had engaged in “racial discrimination” in violation of the federal Civil Rights Act.

The Kidmans, through legal counsel, responded that language is not a proxy for race and that the EEOC knows that well, having lost a number of legal cases on that specific issue. Moreover, the Kidmans claimed, because their employees’ conduct had exposed the Kidmans to a sexual harassment lawsuit, which ironically would have been brought by the EEOC, they had the right to adopt the English language policy. Nonetheless, as the trial preparations dragged on and with them their legal fees, the Kidmans reluctantly agreed to the EEOC’s demand that they engage in settlement negotiations.

Unbeknownst to the Kidmans, but well known to lawyers who deal with the EEOC and its radical, agenda-driven lawyers (one Washington, D.C. attorney, after years of dealing with EEOC lawyers, calls them “lunatics”), the EEOC was engaged in its usual modus operandi: the EEOC sues a company, drives up the cost of responding with motions and trial preparations, and then demands that the company enter into a consent decree or settlement agreement. For hour upon hour, the Kidmans found themselves on the receiving end of a strange type of shuttle diplomacy in an Arizona courthouse, as their attorney went back and forth between them and the EEOC and its “clients,” the “offended” former employees. In the end, exhausted, they compromised and agreed to many of the EEOC’s demands. The EEOC would draft the agreement and send it to the Kidmans; the Kidmans would sign it.

The next day, the EEOC’s version of the agreement arrived. To the shock and horror of the Kidmans, it bore little resemblance to what they had agreed to the day before. There would be no agreement, they said; they wanted to go to trial. In time, they obtained the services of a pro bono law firm and prepared for a long siege. Incredibly, the EEOC filed a motion arguing that there had been a settlement agreement and the federal court should enforce it. Over the Kidmans’ objections, the court ruled that there had been an agreement on some “material terms” and that the court would enforce that portion of the settlement.

Before the U.S. Court of Appeals for the Ninth Circuit, the Kidmans pointed out that well-established (“black letter”) law provides that no settlement may be enforced unless there is “agreement on all material terms” and, in their case, there was no such agreement. One appellate judge agreed that that was the law; however, the other two judges held that it would be unfair to the Kidmans not to enforce their “agreement” with the EEOC. Moreover, held these two judges, Congress wants EEOC cases settled; thus, not to accede to the EEOC’s demands in the case of the Kidmans would be contrary to congressional intent. This month, the Kidmans will ask the three-judge panel and the entire Ninth Circuit to rehear the case.