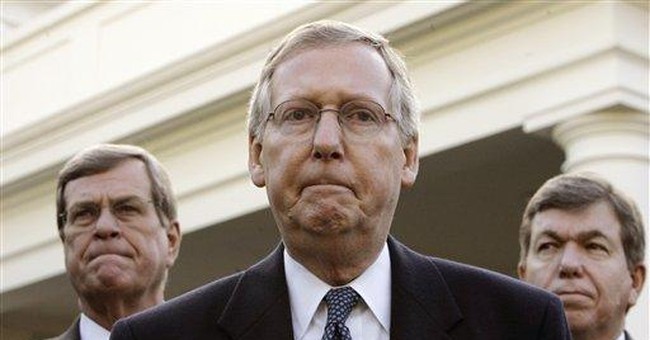 President Bush is uneasily situated as commander in chief of a nation at war. The first challenge of course is to win the war. But obstacles multiply, not so much in Iraq as in America.

In Iraq, the situation appears to be frozen. The insurgency seems to have been weakened by the resolute security measures of the past month, but the weakening is not to be confused with large steps toward defeat. We have faced, for several years, a wretched factor, identified as such by Donald Rumsfeld: The supply of insurgents is apparently self-generating. You kill one, and a replacement appears. For that reason Mr. Bush is without hard good news in his pocket, of the kind that would win political campaigns, let alone land wars.

And Bush is without the resources normally thought of as available to someone directing a war on behalf of the most powerful country in the world. Specifically, he has asked for 21,000 extra troops. His difficulties are at several levels. The first is, Why 21,000? Why not 200,000? The kind of thing LBJ provided in Vietnam.

Mr. Bush has simply not been able to demonstrate that this augmentation in U.S. forces on the ground will provide a critical difference in the fortunes of war. And this makes it possible for Republican legislators to vote no, or contingently no, without running the risk of being held directly responsible for military defeat.

The situation is like that of the French in the Indochina war, where year after year there were more troops and more moneys spent, but, in the absence of dispositive gains, the situation just stalled -- with the important difference that governments in France, in those days, changed every season or two, and with them, responsibility for the war.

Today, the Bush administration is the undeniably responsible party. Mr. Bush initiated the war, wages the war and defends the war. Sen. John McCain began by criticizing tactical shortcomings in the conduct of the war (he wanted more troops years ago), but now satisfies himself with simply defending the war and speaking direfully of the results of abandoning it.

That makes for satisfactory Republican politics, but it is not really good enough to contend against Democratic opportunism. Hillary Clinton is saying that she thought it correct that we should have gone to war, given the intelligence on which we were relying. But, she says (persuasively), now that we have established that the intelligence was defective -- Saddam didn't have weapons of mass destruction on Iraqi territory -- we can pass historical revisionist judgment and admit that it was a bad idea to go to war.

So far so good, but behold the elasticity that lies beyond. So -- says the candidate for president -- what we need to do is responsibly contain that war. Mrs. Clinton is demanding evidence of military redeployment of U.S. troops within 90 days -- and if that does not take place, then diminish congressional financing.

That is a fairly dreamy political position for a candidate to be in. (1) You show that you are a tough foreign-policy analyst willing to send troops if the situation warrants, as Mrs. Clinton thought it did in 2002; (2) you stand against abrupt abandonment of the war, establishing your strategic reliability; and (3) you don't challenge the commander in chief's authority; you simply assert control of the purse. The 90-day deadline is easily changed, if politically auspicious, to 100 days or, for that matter, 300 days.

Sen. McCain's steadfastness is encouraging. But he desperately needs what Bush either can't give him, or won't give him. Mr. Bush doesn't want to make the mistake he made at the beginning, of arguing that victory is just around the corner. But in the absence of concrete good news on the conduct of the war, what can Bush give the voting public? America is a can-do society, and an impatient society. Space exploration has been allowed to take an unspecified length of time. Not so a war against regional terrorists.

McCain has to apply his military experience to specify an acceptable measurement by which progress can be assessed. At one end is withdrawal -- capitulation. At the other end, escalation at a drastic level, which means effective pressure on Iran to end its support of the insurgency.

McCain and Bush have to sort this thing out pretty soon, before the Iowa caucuses destroy them both.