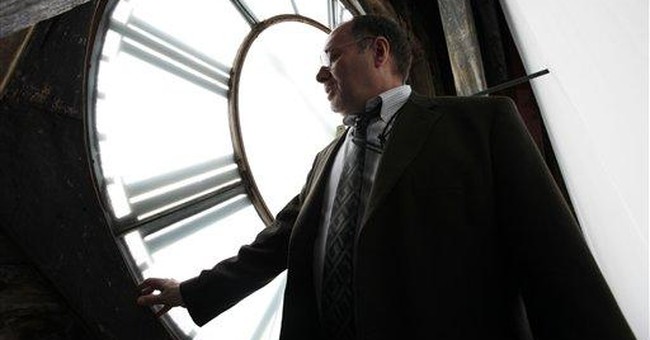 Throughout his first 100 days President Obama has amply demonstrated his fundamental belief that government knows best. His rash and intrusive decisions intended to return the U.S. economy to prosperity illustrate that his instincts are all wrong. Consider the following telling actions: President Obama spent more time pondering who should be the “first dog” than how $2 trillion of taxpayers’ money should be spent; he fired the head of GM; and, he suggested to the BCS how the national college football champion should be determined.

The Obama administration’s doctrine that only a large activist government – one that spends large sums of money as fast as possible – can ensure that the U.S. will have a prosperous future is sadly at odds with economic history. Excessive government spending and economic growth are like oil and water – they do not mix. Economic growth in the U.S. will be meager at best if Obama’s policies are implemented, even after the current financial and mortgage crisis passes. And, if the spending spree is not arrested, we could then be facing a Japanese-style lost decade.

Governments raise money by taking resources away from the private sector through taxes and borrowing. Because all borrowed revenues must be paid back in the future, money borrowed today simply represents additional tax burdens tomorrow. All government revenues, therefore, represent a tax on the productive sector. Taxes create a divergence, or wedge, between people’s efforts and their reward for that effort. The separation of reward from effort diminishes incentive to work, save and invest.

1965 was a defining year. With the start of President Johnson’s “War on Poverty” and other “Great Society” programs, the relationship between the government and the economy changed dramatically. Between 1965 and 1983, growth in total government expenditures significantly outpaced the growth in the private sector. By 1983, total government expenditures were now nearly one-half the size of the private economy. Growth in the private sector, adjusted for inflation, subsequently slowed to 2.5% per year during this period. The implications from the slowdown in private sector growth are tremendous. Had the economy continued to grow at its previous average growth rate, it would have been 20% larger in 1983 – an additional $884 billion in private sector earnings.

Since 1983 the relative size of government has never come close to returning to its pre-1965 levels. Between 1983 and 2007 government spending has vacillated between periods of restraint followed by periods of rapid growth. The outcome for the economy was quite predictable. Government spending restraint during the Reagan and Clinton years helped fuel average annual private sector growth of 5.1% and 4.5%, respectively. During the Bush I and Bush II years, control over government spending weakened, which was reflected in slower average annual private sector rates of growth, 1.0% and 2.0% respectively.

This brings us to today. Trillions of dollars have already been thrown at fighting the current financial crisis. Add to this the trillions of dollars that the Obama Administration wants to commit to socialize health care and address greenhouse gas concerns and total federal, state and local spending commitments will simply explode to unprecedented heights.

U.S. economic history clearly shows that a relatively large and/or growing government sector saps the vitality of the private sector; so does Japan’s. The record intrusion of government that the Obama Administration is trying to launch will cause growth in the private sector to stagnate.

Such a dire outcome is only inevitable if we continue traveling down our current path, however. Arresting the extreme growth in spending will help re-establish a sound policy foundation in which our economic recovery from the current financial crisis can flourish. Continuing down the current path threatens the global economy with another lost decade; this one occurring in the U.S.