Government Spending is Not the Answer 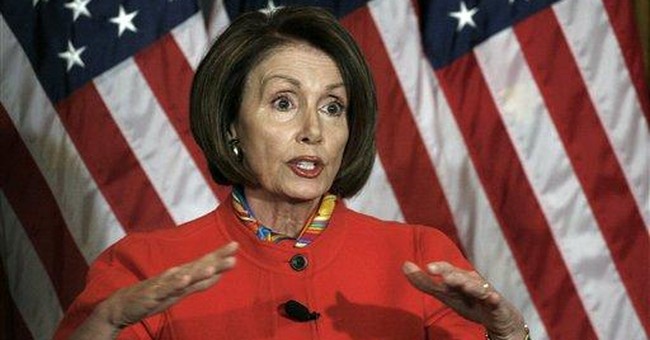 Lost for what to do, there appears to be only one cure-all the government will consider for the current economic crisis: spend, spend, spend. First, there was an initial stimulus package pushed by the Bush Administration for $150 billion. The corporate rescues – AIG, Fannie & Freddie and other “deal making” programs – have cost us $363.1 billion thus far. The $700 billion TARP bill was originally designed to purchase toxic assets from the banks, but has been used for everything but purchasing these assets, including throwing more money at GM and Chrysler.

Next the Obama Administration “quintupled down” on the first stimulus creating a whopping $787 billion package. Adding up the costs, through February 2009 the government has spent or committed over $2 trillion to fighting the recession. On top of these expenditures, President Obama has just signed a $410 billion spending bill for FY2009, which happens to contain all the pork and inefficiencies the current Administration was supposed to reject.

If government spending was going to solve the crisis, then it would seem that $2.0 trillion to $2.5 trillion (14% of the value of our entire economy) would be enough; but then again, perhaps not. Now, it appears as if another stimulus package may be on its way. Speaker Pelosi has said that Democrats are open to another spending package if necessary, that proponent’s claim should be $500 billion. A third fiscal package would be another panicked response; and, as Arthur Laffer has been saying as of late, “decisions made while panicked, or drunk, rarely have desirable consequences.”

Government spending, by definition, does not stimulate. Every dollar that the government spends must be taken from someone else. In order to spend a dollar the government must either increase taxes on someone (as President Obama wants to do ostensibly on the top 2% of earners) or borrow the money from someone and thereby increase the national debt. Either way, all the government has done is take money from one person and give it to another. This exercise is akin to rearranging the chairs on the Titanic. Who has what chair may have changed, but the ship is still heading in the wrong direction.

Instead of simply throwing more taxpayer money at the recession, there are sound actions the government can take that could expedite our recovery. First, the government should abide by the same principles as the medical profession: primum non nocere, or first do no harm. Ideally, but unrealistically, this strategy would repeal the last fiscal stimulus package; or, at a bare minimum the 76 percent of spending that will not occur in 2009 when the economy is actually in recession. Cutting back this massive increase in spending will reduce the pressure the government is creating in the capital markets making it easier for companies, and even state and local governments, to access needed capital.

Other helpful policies would address the problems that are actually threatening our economy with prolonged stagnation. Trade policy is a good starting place. The Smoot-Hawley Tariff Act set off destructive “beggar thy neighbor” policies across the globe and helped plunge the U.S. and World economies into the Great Depression in 1929. Ratifying the Columbia Free Trade Agreement is therefore an important symbolic step that could help avoid a repeat of these self-destructive policies today. The agreement would benefit the U.S. economy, strengthen a key U.S. ally in South America, and send a positive signal to our other trading partners that the U.S. supports the international trading system that is responsible for so much global wealth and prosperity.

Often, banal technical details have large impacts. This is the case with the current banking crisis. While there is no panacea, accounting rules are creating problems for the banking system. One such rule is the need for banks to value their assets at current market prices, what is called mark-to-market. Changing this rule will not help truly insolvent banks. It can stop forcing otherwise healthy banks from needing taxpayer dollars to offset the temporary fire sale prices on assets that have depressed their value on paper only.

A third policy change that will help spur the economy is reforming the corporate tax laws – something President Obama has said he is ready to talk about. There is an old saying that if you hit a dog with a stick, you will not know where the dog is, but you will know where he is not. Taxes are a big stick, and the U.S. imposes the 2nd highest corporate tax rate amongst all developed countries – higher than Sweden; higher than Germany; even higher than France. This high tax rate discourages investment and job growth in the U.S. – activities we desperately need in the current environment. Adjusting our corporate tax laws and rates to be more in line with international standards would have a beneficial impact on our economy and help reduce the severity and duration of the current recession.

Other actions are necessary to weather our current economic storm. The Federal Reserve has a critical role to play; as does Congress as it considers growth depressing initiatives such as the proposed Cap and Trade regulations. What has not helped, nor will it help in the future, is massive government spending programs. Government spending programs do not increase economic growth, are not stimulative, and should not be done simply because we “need to do something”.

Worse, the resulting deficits are confiscating money from future generations through a Ponzi scheme where the first people in (us) pay ourselves with the money from the people who will enter later (our children, grandchildren, great grandchildren…). The only difference between this Ponzi scheme and Bernie Madoff’s is taxing power.