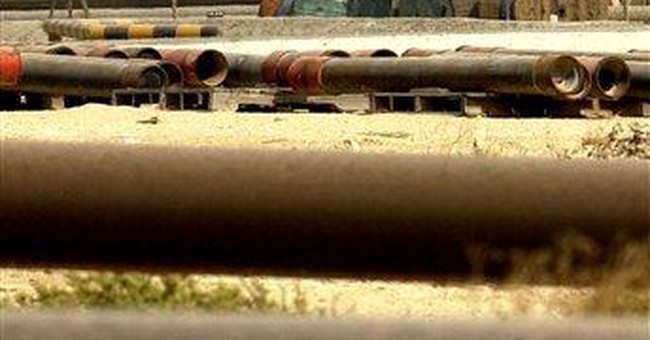 From this perspective, the cap & trade regulations that Congress will be considering this Fall are a small price to pay to repent for our past environmental sins.

Before we accept our environmental flagellation, it is worth wondering just how painful the experience will be. If the pain is too high, perhaps we should consider other alternatives. Fossil fuels (oil, coal and natural gas) provide 86 percent of our current energy needs. According to the Department of Energy’s Energy Information Administration, it is not currently feasible for the alternative energy sources to significantly expand their energy contribution sufficiently in the near-term to substitute for current energy from fossil fuels. This implies that cap & trade regulations will effectively become an energy production cap – or an energy supply shock – at least in the near term.

It is not necessary to forecast the impacts that an energy supply shock will have on the U.S. economy. The U.S. economy has endured several supply-induced energy crises over the last 40 years. These have included energy supply shocks in 1974-75; 1979-81; and 1990-91; all three resulting from an "energy shock" or supply-disruption caused by Middle East tensions. These real world examples clearly illustrate that supply-induced energy shocks have adverse economic impacts.

Starting with the 1974-75 oil supply shock, oil prices increased dramatically during 1974-75 as a direct result of an interdiction in the oil supply initiated by OPEC countries. OPEC’s actions reduced total world oil supply significantly, and the price of oil rose as a result of the deprivation of oil supply. From trough to peak, total oil prices rose by over 134 percent, which had a devastating impact on the U.S. economy. The recession that followed the 1974-75 oil price shock cause the U.S. economy to shrink by 2.7 percent and the unemployment rate to increase by 3.9 percentage points. The stock market (measured by the performance of the Dow Jones Industrial Average) fell by over 35 percent from its highest daily close to its lowest daily close.

The story is exactly the same following the 1979-81 price shock, which reflected another Mid-East-related interdiction in supply as well as U.S. wellhead price controls, excess profits taxes on oil companies, and gas rationing. Following this energy supply shock, the price of oil again rose (by over 117 percent), the stock market weakened, the economy faltered (declining nearly 2.2 percent), and unemployment surged (increasing 2.2 percentage points). While by no means the sole cause of the U.S. recession of 1981-82, the high price of oil was a major contributor.

When Iraq invaded Kuwait in 1990, the U.S. responded with "Desert Storm." Again, oil supplies were greatly reduced, causing a supply-induced energy shortage once again. Oil prices rose and the world experienced an economic slowdown. The culprit was yet another Middle East-induced interdiction of supply that led to a collapse in the U.S. stock market and economy.

These lessons should not be lost with respect to the potential future energy supply shock Washington D.C. is currently considering. If the U.S. Congress imposes cap & trade regulations this Fall, then the country will face a significant energy supply shock. The evidence on the impacts from past energy supply shocks on the economy is clear. Energy supply shocks lead to large increases in energy prices, reduce our welfare, and decrease employment. Due to the large economic pain that will result, cap & trade advocates (especially those businesses attempting to be socially responsible) should reconsider the wisdom of their penance.

DeSantis Blasts Biden: 'Why Don’t You Do Your Job?'
Katie Pavlich
Psaki Again Blames Republicans for Crime Wave While Defending ATF Nominee Chipman
Spencer Brown
Clown Town: COVID Experts Get Buckshot to the Face Over Latest Advice About Wearing Masks at Home
Matt Vespa
Only a Handful of Dem Governors Have Called on Andrew Cuomo to Resign
Madeline Leesman