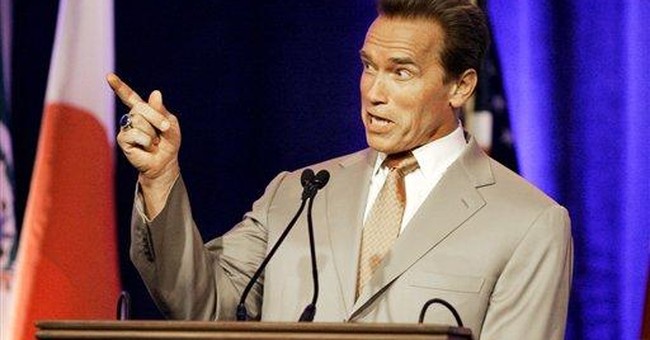 What we can say with a high degree of certainty is (1) A cap and trade policy is inappropriate and (2) that a higher overall tax rate on carbon emissions per se will have a devastatingly negative impact on the long term growth of America and the world. Poverty, despair, and suffering will expand exponentially.

Cap and trade regulations are nothing more than tax increases in disguise. Why? In order to effectively limit GHG emissions, the emissions cap must be set at a level below what the market is currently emitting. Reducing the amount of emissions below current market levels reduces the amount of energy we can produce – at least in the short-run. A reduction in the supply of energy below current market demand causes energy prices to increase.

Energy consumers in the U.S. will, consequently, face significantly higher energy prices due to a cap and trade regime. The Department of Energy estimated that had the U.S. joined the Kyoto Protocol, energy prices would have increased by as much as 86 percent. Because consumers are paying higher prices for their energy as a result of a federal law, the impact on the consumer is the same as if the government imposed the tax directly on the consumer.

However, the tax revenues from the cap and trade tax will not likely go to the government. There are two ways in which the emissions allowances can be allocated: the government can auction off the rights (thereby collecting the “tax revenue” themselves) or they can simply distribute these rights to the companies based on some grandfathering system. Following the European example, discussions in the U.S. are leaning towards the latter. Because the companies will receive the rights to pollute without paying for them, the revenues from the higher prices are transferred from the consumer to the producer – which may be an undesirable outcome from an equity perspective.

There are further problems with cap and trade regulations. For instance, these regulations create significant price volatility. The experience of Europe’s carbon emissions market is a classic example of the natural consequences of regulations that impose caps or constraints on the market. In fact, the Congressional Budget Office, citing the price volatility issue, concluded that cap-and-trade regulations are not a sound policy alternative for addressing global warming issues.

While cap and trade policies are undesirable, there is a better path if we are going to address global warming concerns. In a recent paper I co-authored with Arthur Laffer, we examined the implications of alternative global warming policies.

According to the scientific consensus that man-made carbon emissions are causing global warming, there is a consumption problem. Whether or not one believes this scientific consensus is correct, man-made global warming is a possible risk. With respect to the appropriate policy response, the question is whether good government policies can create a less risky scenario. The answer is yes.

When consumers use energy, or products created from energy, the prices do not reflect the costs from the carbon emissions on the environment; consequently consumption is higher than optimal. The appropriate policy response is a tax on consumption, the source of the market distortion, but not on trade or production.

But, the catch is that carbon taxes impose a giant negative incentive on both producers and consumers through the higher costs the tax creates. Furthermore, if the carbon tax were implemented as a means to expand government, then the amount of inefficiencies in the economy would increase even further.

However, if the carbon tax increase were offset, dollar for dollar, with an across the board marginal income tax reduction, many of the adverse impacts from the carbon tax increase would be mitigated. A marginal tax rate cut—ideally to a flat rate with strong taxpayer protections against future tax increases—has two types of effects. Because the decrease in marginal tax rates lowers the cost to the employer in the form of lower wages paid, firms will employ more workers. On the supply side, a reduction in marginal tax rates raises net wages received. Again, more work effort will be supplied. Therefore, tax cuts increase the demand for, and the supply of, factors of production. In dynamic formulations, as tax rates fall, output growth increases and vice versa.

The rewards for incremental work by labor, the employment of additional capital and the more efficient combination of the two will all be higher. As a result, more employment, output and production is expected. Economic growth rates will accelerate until these effects are fully incorporated into the workings of the economy. All of the aforementioned positive incentive effects help offset the impact of the carbon tax on production.

From the global warming perspective, the lower marginal tax rates do not impact the reduced incentive to consume carbon emissions because carbon tax increase has raised the relative price of carbon emissions.