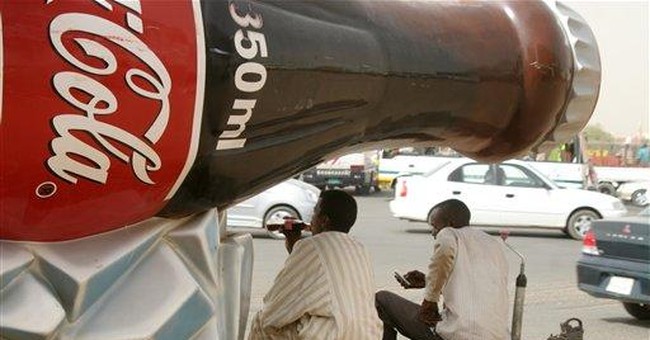 In April of this year, the Wall Street Journal ran a front page story on Denmark titled “How Denmark Paved Way To Energy Independence”. The article claims that “Through a wide variety of government-driven initiatives, this small northern European country has overcome one thorny challenge of global warming: how to dramatically reduce energy consumption while maintaining a solid growth rate and low unemployment rate”.

While “solid” growth and “low” unemployment are not particularly precise terms, these claims are important. If they are correct, the Danish model would make a great case study for the U.S. as Congress begins its debate on the proper policy response to global warming. So let’s look at the evidence.

Gross Domestic Product is the broadest measure of an economy’s performance. If the Danish model delivers “solid” economic growth, then the evidence should be clearly visible in its GDP data. Between 1997 and 2006, GDP growth in Denmark, adjusted for inflation, grew an average 2.2 percent according to Eurostat (the EU statistical agency). This growth rate compared very favorably to Japan, which only grew 1.1 percent over this same time period.

However, average growth across the EU was 2.4 percent. In the United Kingdom, average growth in real GDP was an even higher 2.8 percent; while the United States economy grew at an even faster pace of 3.2 percent per year. In fact, out of the 35 countries that Eurostat tracks, which include all of the nations in the EU plus Japan, the United States, and a few other countries, Denmark’s average economic growth rate was the 7th worst. Although solid is a vague term, it is probably safe to assume that scoring in the bottom 20 percent is not a “solid” performance.

The story is the same for another core economic variable, productivity. Productivity is the ability to produce more output with the same amount of resources. Productivity growth is indispensable for a country’s future economic growth and especially future growth in workers incomes. One common measure of productivity is labor productivity per employee, or the amount of output that one employee can generate. Denmark’s performance on this measure has been less than stellar as well.

All of these figures starkly contrast the top-line message that Denmark has found a way to ensure solid economic growth while simultaneously drastically reducing energy consumption by government fiat. Government regulations that force the economy to use less energy come with a cost in terms of potential economic growth.

The experiences of U.S. energy efficiency and Danish economic growth teach several important lessons with respect to good energy and global warming policies. First and foremost, economics matters and people respond to incentives. As a consequence, energy efficiency does not require a government decree. Businesses and families have an incentive to appropriately economize on their energy use when energy is scarce or expensive.