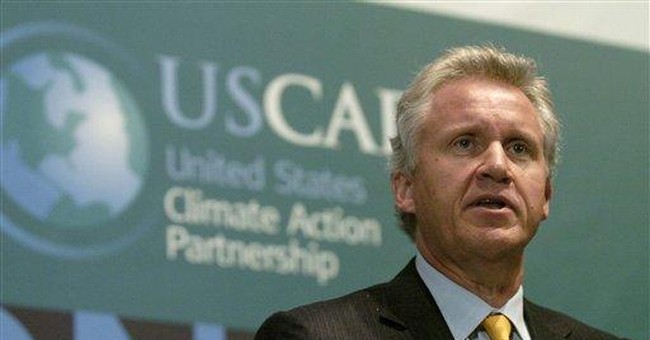 Jeffrey Immelt, CEO of General Electric Co., who is betting billions to position GE as a leading innovator in everything from wind power to hybrid engines. Wal-Mart Stores Inc., long assailed for its labor and global sourcing practices, has made a series of high-profile promises to slash energy use overall…GlaxoSmithKline, discovered that, by investing to develop drugs for poor nations, it can work more effectively with those governments to make sure its patents are protected.

Corporate Social Responsibility (CSR) advocates and business magazines point to these companies and claim that CSR is not only the right thing to do, it also enhances profits. These companies can “do well by doing good!” Such simplistic claims miss the grander danger that CSR, as a movement, represents.

CSR activists start the discussion with the answer: GE should invest in wind power; Wal-Mart should pay its workers more. By its very name, “Corporate Social Responsibility” activists are advocating the socially responsible position. If you disagree with CSR policies, you are obviously socially irresponsible. The CSR activists’ policies forget one fundamental fact of life that dooms their policies from the start: scarcity.

Our world is plagued with scarcity: resources are scarce, talent is scarce, capital is scarce, and perhaps most importantly knowledge is scarce. Society’s fundamental question is how best to combine its scarce resources in order to create the things we need and the things we want. Experience has shown that the most effective way for society to combine these scarce resources is to establish and protect basic economic freedoms. The most fundamental of these freedoms is for individuals to have well defined rights over their own personal property – whether it is their land, their labor, their machines, or their equities. These rights must include the knowledge that their property will not be arbitrarily stolen from them by either other citizens or the government itself. Of course the government has the right to impose certain restrictions – for instance a prohibition on dumping radioactive materials – but these need to be well defined in advance and not changed in an arbitrary manner.

With these basic freedoms established, millions (or hundreds of millions) of citizens are empowered to leverage their own individual knowledge and initiative to better their own situation. In so doing, as Adam Smith illustrated over 240 years ago, the wealth of overall society grows in tandem. The wealth of the United States, Europe, Japan and much of East Asia stand as a testament to the universal power of economic freedom and capitalism to unleash the power of economic growth and lift hundreds of millions of people out of poverty.

In this realm, GE’s decisions to invest in wind power may be the right decision. Reading the energy consumer tea leaves, Jeffrey Immelt may have realized that wind power is technologically feasible and that consumers will prefer wind power over other alternatives. Thus, the investment is warranted. If he is correct, the marketplace will reward GE. GE’s sales will grow and their shareholders will make more money. As for society, we will have a more desirable power source and not just from GE as other competitor’s jump on the wind power bandwagon.

But, what if Mr. Immelt is wrong? What if wind power is not technologically feasible, or what if consumers will be unsatisfied with their power if it is delivered by wind technology. In this case, GE will lose money. Its shareholders will be unhappy and Mr. Immelt’s job will be less secure. As for the impact on society, it depends.

Capitalism is a process of creative destruction. For instance, the CD player was a great leap forward over record players. Because of the improved consumer benefits, consumers migrated away from records and toward the new technology, CD’s. In essence, the introduction of the CD destroyed the album.

From this perspective, a wasted investment in a promising technology is not necessarily a bad thing for society – if GE does not try we may never reap the rewards of wind power. Additionally, in a free market there are many other experiments with other technologies (some old, some new) occurring simultaneously. Through this experimental process, our scarce knowledge is put to its best uses and society benefits.

CSR’s policies endanger this process. As opposed to letting those people with the best knowledge experiment, CSR advocates presume they already know the answer. The CSR activists already know that investing in wind power will enhance GE’s profits. Their presumption thwarts the market process that is responsible for so many of the gains our society has made throughout the years.

It also raises a more fundamental question: if CSR activists already know how to maximize profits, why not “do well by doing good” themselves? The answer, to paraphrase Detouches: "Advocating is easy, business is difficult."