You Don't Have to Stay Poor 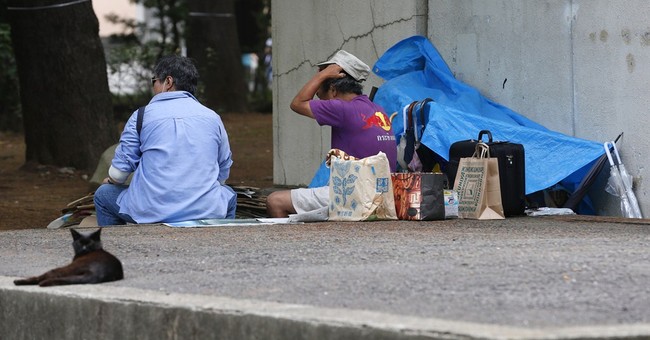 Trending
No one can blame you if you start out in life poor, because how you start is not your fault. If you stay poor, you're to blame because it is your fault. Nowhere has this been made clearer than in Dennis Kimbro's new book, "The Wealth Choice: Success Secrets of Black Millionaires."

Kimbro, a business professor at Clark Atlanta University, conducted extensive face-to-face interviews, took surveys and had other interactions with nearly 1,000 of America's black financial elite, many of whom are multimillionaires, to discover the secret of their success. Kimbro's seven-year study included wealthy blacks such as Byron E. Lewis, Tyler Perry, Daymond John, Bob Johnson, Cathy Hughes and Antonio Reed. Kimbro says that many of today's black multimillionaires started out poor or worse. So what were their strategies?

"The Wealth Choice" argues that wealth (millionaireship) is not a function of circumstance, luck, environment or the cards you were dealt. Instead, wealth is the result of a conscious choice, action, faith, innovation, effort, preparation and discipline. Or, in the words of billionaire W. Clement Stone, founder of Combined Insurance, whom Kimbro met with and mentions early in the book, "Try, try, try, and keep on trying is the rule that must be followed to become an expert in anything." He also said, "If you cannot save money, the seeds of greatness are not in you." Saving is necessary for investment and wealth accumulation. Therein lies much of the problem for many black Americans.

Kimbro gives us some statistics to highlight some of the problem. The median net worth, or wealth, of white households is 20 times that of black households. In 2009, 35 percent of black households had no wealth or were in debt. Twenty-four percent of black Americans spend more than they earn, compared with 14 percent of all Americans. Thirty-two percent of blacks do not save at all, compared with less than 25 percent of all Americans. To underscore these statistics, Earl Graves Jr., CEO of Black Enterprise magazine, said that blacks are six times as likely as whites to purchase a Mercedes-Benz and that blacks who purchase Jaguars have an income one-third less than whites who purchase the same vehicles.

Some, but not all, of the explanation for the wealth differences between blacks and whites has to do with inheritances. Slavery, poverty and gross discrimination didn't create the conditions for inheritances. But slavery and gross discrimination cannot explain today's lack of saving and investing. Nobody's saying that marshaling the resources for wealth is easy. Gaining wealth is a challenge, as singer Ray Charles lamented in his hit song "Them That Got": "That old saying 'them that's got are them that gets' is something I can't see. If you gotta have something before you can get something, how do you get your first is still a mystery to me." But as John Harold Johnson, who rose above abject poverty and racial discrimination to build a publishing empire, said, "if you want to know how people feel about themselves, look at their bank account. ... Wealth is less a matter of circumstance than it is a matter of knowledge and choice."

"The Wealth Choice" suggests several disciplines that can be only summarized here. Among them are: Be passionate, and focus on unique strengths; develop clear, delineated goals. Then develop strong work ethic. Recognize the power of ideas, and never consider the possibility of failure. Be thrifty and frugal in nature. My stepfather put Kimbro's list of self-disciplines in another way. He said: If you want to be successful at anything, you have to come early and stay late.

When Dr. Kimbro graciously sent me a copy of "The Wealth Choice," he included an 18-minute video, titled "In Conversation with Dr. Dennis Kimbro." On top of putting together an excellent book, he reveals himself as an excellent motivational speaker who should be speaking to young people regardless of race.