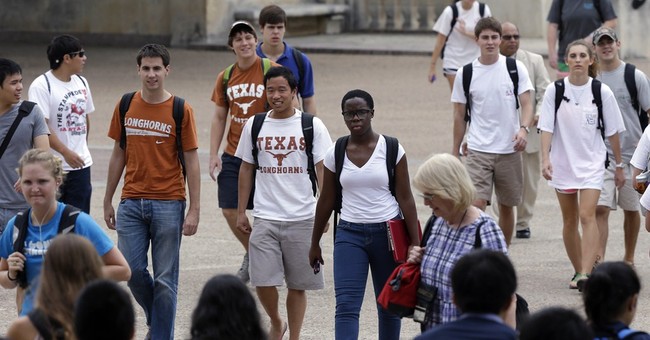 In the wake of the shooting of a Nazi officer, Police Capt. Louis Renault played by Claude Rains in the 1942 movie "Casablanca," ordered his men to "round up the usual suspects." Was Renault engaging in some sort of profiling? He may have been, but what is profiling? Let's look at it.

We can think of profiling as a method to economize on information costs by using easily observed physical characteristics as a proxy for some other characteristic more difficult or costlier to observe. For example, say you seek to hire people to manually unload trucks containing heavy merchandise. I'm guessing that most would use sex as a proxy for strength and select men over the women. That can be called sex profiling. Of course, if you assumed that men and women have equal strength, you'd hire randomly.

You might say, "Profiling is unfair, and individuals should be judged individually!" Taken to the limit, such a position is ludicrous. Suppose police are trying to catch the criminal who just raped a woman in a city park. Would you want them to use sex profiling -- i.e., just round up men -- or should they round up everyone, regardless of sex? I'm betting that most people would view the latter as stupid. But there is a near equivalent in government. Ninety-six percent of the FBI's list of most wanted terrorists are Muslim, and most terrorist attacks in the U.S. have been committed by young Muslim males. Despite this, the Transportation Security Administration people behave as if each person who seeks to board a plane is of equal danger. That's why they search, frighten and inconvenience 5-year-olds and elderly people.

Some racial and ethnic groups have higher incidence of -- and mortality from -- various diseases than the national average. The Pima Indians of Arizona have the world's highest diabetes rates. Black males have the highest incidence rate for prostate cancer in the United States. Black males are also 30 percent likelier to die from heart disease than white men. Laotian, Samoan, and Vietnamese women have the highest cervical cancer rates in the United States.

Whether genetics, environment, or some other factor accounts for the association between race and the incidence of certain diseases, it is undeniable that such an association exists. That means an easily observed physical characteristic, such as race or ethnicity, can be used as a proxy for a higher probability of the existence of some other, more difficult-to-observe characteristic, such as prostate cancer, coronary disease, diabetes or cervical cancer. Simply by knowing a patient's race or ethnicity, a medical practitioner can be alert to and better customize a patient's screening needs. I wonder how many people would seek action against a doctor for medical profiling if the doctor recognized the association between race and the higher probability of a disease.

In a number of cities, there have been complaints of racism because some taxicab drivers turn down black fares. By simply knowing that a driver refused a black passenger, we cannot make an unambiguous statement about whether the decision was motivated by racial preferences. As early as 1999, D.C.'s taxicab commissioner Sandra Seegars, who is black, issued a safety advice statement urging the city's mostly black cabbies to refuse to pick up "dangerous-looking" passengers. She described "dangerous-looking" as a "young black guy ... with his ... shirttail hanging down longer than his coat, baggy pants down below his underwear and unlaced tennis shoes." Would anyone argue that black cabbies who turn down black fares are racists? A law-abiding black person denied a taxi is rightfully angered, but to whom should his anger be directed, at the driver who's trying to protect his life or at the people who've instilled fear by robbing and assaulting cabbies?

By the way, unlike us mortals, God wouldn't have to do any kind of profiling, because he knows everything. We mortals, with our imperfections, must find substitutes for his omniscience.