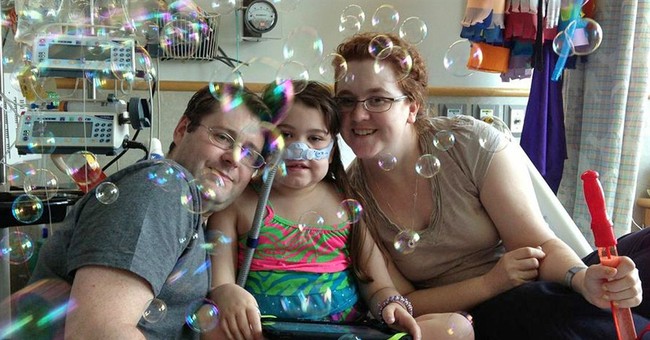 Last week, a federal judge ordered Health and Human Services (HHS) Secretary Kathleen Sebelius to allow 10-year-old Sarah Murnaghan, who suffers from cystic fibrosis, to be moved to the adult lung transplant list. That gives her a better chance of receiving a potentially lifesaving transplant. Sarah Murnaghan's fate should force us to examine our organ transplant policy.

There are more than 88,000 Americans on the organ transplant waiting list. Roughly 10 percent of them will die before receiving an organ. These lost lives are not so much an act of God as they are an act of Congress because of its 1984 National Organ Transplant Act, as amended, which prohibits payment to organ donors.

Reliance on voluntary donations has been an abject policy failure. The mindless rhetoric used to support this policy is: "Organ transplantation is built upon altruism and public trust." It's noteworthy that everyone involved in the organ transplant business is compensated -- that includes hospitals, surgeons, nurses and organ procurement workers. Depending on the organ transplanted, the charges range from a low of $260,000 for a kidney to about a million dollars for a heart or intestines.

Many people are offended by the notion of human body parts becoming commodities for sale. There's at least a tiny bit of inconsistency because people do sell human blood, semen and hair. But let's think through the prohibition on organ sales by asking the question: How many other vital things in our lives do we depend on donations to provide? Food is vital, water is vital; so are cars, clothing, housing, electricity and oil. We don't depend on donations to provide these goods. Just ask yourself whether having a car, clothing or a house should be determined by the same principle governing organ transplants: "altruism and public trust." If it were, there would be massive shortages.

Why should people have to depend on altruism and voluntary donations to provide something that one day they may need more urgently than food, water, cars, clothing or housing? All objections to organ sales reduce to nonsense, ignorance or arrogance. Let's look at some of them.

One argument is that if organs are sold rather than donated, poor people couldn't afford them. This argument ignores the difference between methods of attaining organs and methods of distributing them. For example, poor people might not be able to afford food, but Congress hasn't mandated that food be donated instead of sold so that poor people can eat. If Congress did that, there'd be massive shortages, and poor people would probably starve. So instead of relying on "altruism and public trust" to feed poor people, we simply allow the market mechanism to supply food and then subsidize purchases through programs like food stamps. The same principle can be applied to organ transplants: Allow the market to supply organs, and if needed, subsidize or provide them through charity.

Another stated concern is that if there's a market for organs, poor people will sell their organs and become ill. From an ethical point of view, if people own themselves, they should have a right to dispose of themselves any way they please so long as they do not violate the property rights of others. Of course, if people belong to the government, they have no such right. By the way, most proposals for organ sales are only for cadaver organs.

Some people have argued that an organ transplant market might lead to murder and the sale of the victim's organs to unscrupulous organ brokers. There are many market transactions that can be abused, such as stock market fraud and product misrepresentation, but we haven't chosen to outlaw the sale of stock and other products. Murder would remain illegal and punishable.

Finally, there's the humane question. If you or a loved one were in dire need of a lifesaving kidney or lung transplant, which would you prefer: being placed on an organ transplant waiting list, or having the right to sell assets or take out a loan to purchase an organ?