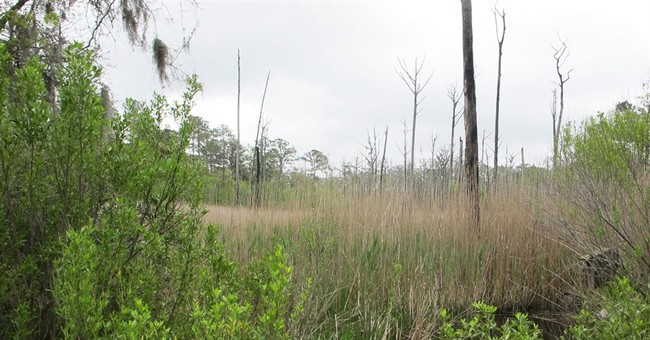 In order to understand the liberal and progressive agenda, one must know something about their world vision and values. Let's examine some of the evidence.

Why the 1970s struggle to ban DDT? Alexander King, founder of the Malthusian Club of Rome, wrote in a 1990 biographical essay: "My own doubts came when DDT was introduced for civilian use. In Guyana, within two years, it had almost eliminated malaria, but at the same time the birth rate had doubled. So my chief quarrel with DDT, in hindsight, is that it has greatly added to the population problem."

Dr. Charles Wurster, former chief scientist for the Environmental Defense Fund, was once asked whether he thought a ban on DDT would result in the use of more dangerous chemicals and more malaria cases in Sri Lanka. He replied: "Probably. So what? People are the cause of all the problems. We have too many of them. We need to get rid of some of them, and (malaria) is as good a way as any."

According to "Earthbound," a collection of essays on environmental ethics, William Aiken said: "Massive human diebacks would be good. It is our duty to cause them. It is our species' duty, relative to the whole, to eliminate 90 percent of our numbers."

Former National Park Service research biologist David Graber opined, "Human happiness, and certainly human fecundity, are not as important as a wild and healthy planet. ... We have become a plague upon ourselves and upon the Earth. ... Until such time as Homo sapiens should decide to rejoin nature, some of us can only hope for the right virus to come along."

Speaking of viruses, Prince Philip -- Duke of Edinburgh and patron of the World Wildlife Fund -- said, "If I were reincarnated, I would wish to be returned to earth as a killer virus to lower human population levels." The late Jacques Cousteau told The UNESCO Courier: "One America burdens the earth much more than twenty Bangladeshes. This is a terrible thing to say. In order to stabilize world population, we must eliminate 350,000 people per day. It is a horrible thing to say, but it's just as bad not to say it."

That represents the values of some progressives, but what about their predictions? In 1972, a report was written for the Club of Rome to warn that the world would run out of gold by 1981, mercury and silver by 1985, tin by 1987, and petroleum, copper, lead and natural gas by 1992. It turns out that each of these resources is more plentiful today. Gordon Taylor, in his 1970 book, "The Doomsday Book," said that Americans were using 50 percent of the world's resources and that "by 2000 (Americans) will, if permitted, be using all of them." In 1975, the Environment Fund took out full-page ads warning, "The World as we know it will likely be ruined by the year 2000." Harvard University Nobel laureate biologist George Wald in 1970 warned, "Civilization will end within 15 or 30 years unless immediate action is taken against problems facing mankind." Former Sen. Gaylord Nelson, quoting Dr. S. Dillon Ripley, warned, in Look magazine (1970), that by 1995, "somewhere between 75 and 85 percent of all the species of living animals will be extinct." In 1974, the U.S. Geological Survey said the U.S. had only a 10-year supply of natural gas. The fact of the matter, according to the American Gas Association, is that there's more than a 110-year supply.

In 1986, Lester Brown, who had been predicting global starvation for 40 years, received a MacArthur Foundation "genius" award, along with a stipend. The foundation also gave Dr. Paul Ehrlich, who predicted millions of Americans would die of starvation, the "genius" award in 1990. Note that these $300,000 to $400,000 awards were granted well after enough time had passed to demonstrate that Brown and Ehrlich were insanely wrong.

Just think: Congress listens to people like these and formulates public policy on their dire predictions that we're running out of something.