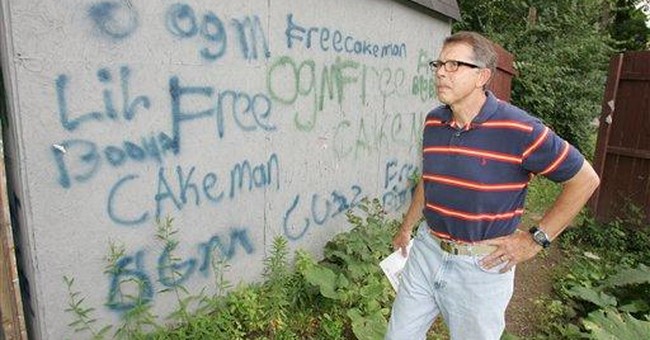 With the massive increases in federal spending, inflation is one of the risks that awaits us. To protect us from the political demagoguery that will accompany that inflation, let's now decide what is and what is not inflation. One price or several prices rising is not inflation. Increases in money supply are what constitute inflation, and a general rise in prices is the symptom. As the late Nobel Laureate Professor Milton Friedman said, "(I)nflation is always and everywhere a monetary phenomenon, in the sense that it cannot occur without a more rapid increase in the quantity of money than in output."

Thinking of inflation as rising prices permits politicians to deceive us and escape culpability. They shift the blame saying that inflation is caused by greedy businessmen, rapacious unions or Arab sheiks. Instead, it is increases in the money supply that cause inflation, and who is in charge of the money supply? It's the government operating through the Federal Reserve Bank and the U.S. Treasury.

Our nation has avoided the devastating hyperinflations that have plagued other nations. The world's highest inflation rate was in Hungary after World War II, where prices doubled every 15 hours. The world's second highest inflation rate is today's Zimbabwe, where last year prices doubled every 25 hours, a rate of 89 sextillion percent. That's 89 followed by 23 zeros. Our highest rate of inflation occurred during the Revolutionary War, when the Continental Congress churned out paper Continentals to pay bills. The monthly inflation rate reached a peak of 47 percent in November 1779. This painful experience with inflation, and collapse of the Continental dollar, is what prompted the delegates to the Constitutional Convention to include the gold and silver clause into the United States Constitution so that the individual states could not issue bills of credit. The U.S. Constitution's Article I, Section 8 permits Congress: "To coin Money, regulate the Value thereof, and of foreign Coin, and fix the Standard of Weights and Measures."

The founders of our nation feared paper currency because it gave government the means to steal from its citizens. When inflation is unanticipated, as it so often is, there's a redistribution of wealth from creditors to debtors. If you lend me $100, and over the term of the loan prices double, I pay you back with dollars worth only half of the purchasing power they had when I borrowed the money. Since inflation redistributes (steals) wealth from creditors to debtors, we can identify inflation's primary beneficiary by asking: Who is the nation's largest debtor? If you said, "It's the U.S. government," go to the head of the class.

Inflation is just one effect of massive increases in spending. Some might argue that future generations of Americans will pay for today's massive budget deficits. But is there really a federal budget deficit? The short answer is yes, but only in an accounting sense -- but not in any meaningful economic sense. Let's look at it. Our GDP this year will be about $14 trillion. If 2009 federal expenditures are $3.9 trillion and tax receipts are $2.1 trillion, that means there is an accounting deficit of $1.8 trillion. Is it the Tooth Fairy, Santa or the Easter Bunny who makes up the difference between expenditures and revenue? Is it a youngster who is born in 2020 or 2030 who makes up the difference? No. If government spends $3.9 trillion of our $14 trillion GDP this year, of necessity it has to force us to spend privately $3.9 trillion less this year. One method to force us to spend less privately is through taxation. Another way is to enter the bond market and drive up the interest rates, which put a squeeze on private investment in homes and businesses. Then there is inflation, which is a sneaky form of taxation.

Profligate spending burdens future generations by making them recipients of a smaller amount of capital and hence less wealth.