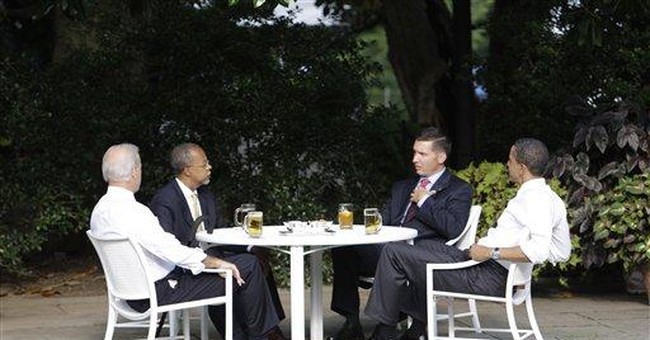 Harvard Professor Henry Gates' arrest has given new life to the issue of racial profiling. We can think of profiling in general as a practice where people use an observable or known physical attribute as a proxy or estimator of some other unobservable or unknown attribute. Race or sex profiling is simply the use of race or sex as that estimator. Profiling represents mankind's attempt to cope with information cost. God would not have to profile since God is all knowing.

Some racial and ethnic groups have higher incidence and mortality from various diseases than the national average. The rates of death from cardiovascular diseases are about 30 percent higher among black adults than among white adults. Cervical cancer rates are five times higher among Vietnamese women in the U.S. than among white women. Pima Indians of Arizona have the highest known diabetes rates in the world. Prostate cancer is nearly twice as common among black men as white men.

Knowing patient race or ethnicity, what might be considered as racial profiling, can assist medical providers in the delivery of more effective medical services.

One might take the position that while it is acceptable for doctors to use race, ethnicity and sex as indicators of the higher probability of certain diseases, it is not acceptable to use race or ethnicity as indicators for other attributes such as criminal behavior. Other than simply stating that it is acceptable to use race or ethnicity as information acquisition technique in the case of medicine but not in other areas of life, is there really a difference? Surely, race and ethnicity are not perfect indicators of the risk of prostate cancer or hypertension; neither are they perfect indicators of criminal behavior; however, there are concrete factual data that surely indicate associations. Criminologist Marvin Wolfgang says, "For four violent offenses -- homicide, rape, robbery and aggravated assault -- the crime rates for blacks are at least 10 times as high as they are for whites."

In a 1999 article, "Capital Cabbies Salute Race Profiling," James Owens writes, "If racial profiling is racism, then the cab drivers of Washington, D.C., they themselves mainly blacks and Hispanics, are all for it. A District taxicab commissioner, Sandra Seegars, who is black, issued a safety-advice statement urging D.C.'s 6,800 cabbies to refuse to pick up 'dangerous looking' passengers. She described 'dangerous looking' as a young black guy ... with shirttail hanging down longer than his coat, baggy pants, unlaced tennis shoes."

The Pizza Marketing Quarterly carried a story of charges of racial discrimination filed in St. Louis against Papa John’s pizza delivery services. Papa John's district manager said she could not and would not ask her drivers to put their lives on the line. She added that the racial discrimination accusation is false because 75 to 85 percent of the drivers in the complaining neighborhood are black and, moreover, most of those drivers lived in the very neighborhood being denied delivery service.

Some years ago, the Rev. Jesse Jackson complained, "There is nothing more painful to me at this stage in my life than to walk down the street and hear footsteps and start thinking about robbery -- then look around and see somebody white and feel relieved."

Here's my question: Is the racial profiling done by cab drivers, pizza deliverers or Jesse Jackson a sign of racism or economizing on information costs?