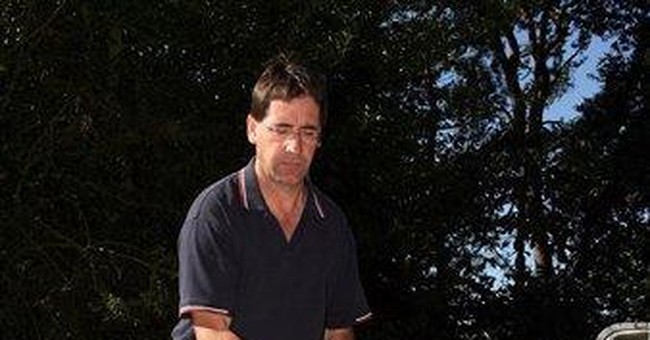 Environmentalists, with the help of politicians and other government officials, have an agenda that has cost thousands of American lives.

In the wake of Hurricane Betsy, which struck New Orleans in 1965, the U.S. Army Corps of Engineers proposed building flood gates on Lake Pontchartrain, like those in the Netherlands that protect cities from North Sea storms. In 1977, the gates were about to be built, but the Environmental Defense Fund and Save Our Wetlands sought a court injunction to block the project.

According to John Berlau's recent book, "Eco-Freaks: Environmentalism is Hazardous to Your Health," U.S. Attorney Gerald Gallinghouse told the court that not building the gates could kill thousands of New Orleanians. Judge Charles Schwartz issued the injunction despite the evidence refuting claims of environmental damage.

We're told that DDT is harmful to humans and animals. Berlau, a research fellow at the Washington, D.C-based Competitive Enterprise Institute, says, "Not a single study linking DDT exposure to human toxicity has ever been replicated." In one long-term study, volunteers ate 32 ounces of DDT for a year and a half, and 16 years later, they suffered no increased risk of adverse health effects.

Despite evidence that, properly used, DDT is neither harmful to humans nor animals, environmental extremists fight for a continued ban. This has led to millions of illnesses and deaths from malaria, especially in Africa. After WWII, DDT saved millions upon millions of lives in India, Southeast Asia and South America. In some cases, malaria deaths fell to near zero. With bans on DDT, malaria deaths and illnesses have skyrocketed.

Environmental extremists see DDT in a different light. Alexander King, co-founder of the Club of Rome, said, "In Guyana, within almost two years, it had almost eliminated malaria, but at the same time, the birth rate had doubled. So my chief quarrel with DDT in hindsight is that it greatly added to the population problem." Jeff Hoffman, environmental attorney, wrote on grist.org, "Malaria was actually a natural population control, and DDT has caused a massive population explosion in some places where it has eradicated malaria. More fundamentally, why should humans get priority over other forms of life? . . . I don't see any respect for mosquitos in these posts." Berlau's book cites many other examples of contempt for human life by environmentalists and how they've made politicians their useful idiots.

In 2001, thousands of Americans perished in the terrorist attack on the World Trade Center. In the early 1970s, when the World Trade Center complex was built, the asbestos scare had just begun. The builders planned to use AsbestoSpray, a flame retardant that adhered to steel. The New York Port of Authority caved in to the environmentalists' asbestos scare and denied its use. An inferior substitute was used as fireproofing.

After the attack, the National Institute of Standards and Technology (NIST) confirmed other experts' concerns about asbestos substitutes, concluding, "Even with the airplane impact and jet-fuel-ignited multi-floor fires, which were not normal building fires, the building would likely not have collapsed had it not been for the fireproofing."

Through restrictions on asbestos use, our naval vessels are more vulnerable to our enemies, a disaster waiting in the wings. The Columbia spaceship disaster was a result of the EPA's demand that NASA not use freon in its thermal insulating foam.

Congress mandates auto fuel mileage standards -- Corporate Average Fuel Economy, or CAFE, standards -- resulting in lighter, less crashworthy cars. In 2002, the National Academy of Sciences calculated that CAFE standards caused 2,000 additional traffic deaths each year. In 1999, a USA Today analysis of government and Insurance Institute data found that since the 1970s CAFE standards went into effect, 46,000 people died in crashes which they would have likely survived had they been riding in heavier cars.

None of this is news to politicians. It's just that environmental extremists have the ears of politicians, and potential victims don't.

Eric Trump posted a video of Robin Williams joking about Biden, then Zelda responded
Hotair
Did Democrats “Outside” The Biden Campaign Sabotage Him By Pushing Kamala Harris as VP?
Redstate