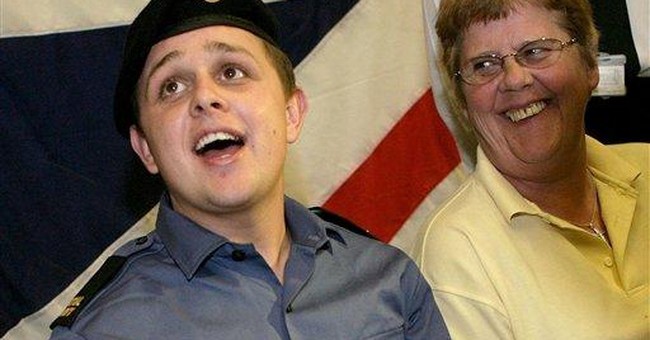 The March 23 Iranian capture of 15 British Royal Navy sailors should raise a number of questions. The sailors were part of the crew of HMS Cornwall, a state-of-the-art frigate bristling with high-tech surveillance devices and advanced weaponry. The sailors, dispatched in small boats, were boarding and inspecting merchant vessels in Iraqi waters for contraband.

Why weren't the six Iranian patrol boats picked up by radar, and why weren't warning shots fired as they approached the British crafts? Was HMS Cornwall Commander Jeremy Woods incompetent, or was he ordered to stand by and do nothing?

Standard operating procedure for a Royal Navy boarding party is for the mother ship to be in a position of providing covering or warning fire. There is some speculation that, when the sailors were captured, Commodore Nick Lambert, Britain's senior officer in the area, was trying to work out rules of engagement with the Ministry of Defence in London. That strikes me as a hell of a time to be working out rules of engagement.

You say, "What should HMS Cornwall have done?" They should have fired warning shots, and if the Iranians persisted, they should have been blown out of the water. You might say, "That would have endangered the lives of the 15 British sailors!" That's one of the tragedies of war: People get killed.

Britain isn't alone in using questionable rules of engagement. U.S. troops have been in pitched battles with terrorists in Iraq and Afghanistan in which terrorists run into a mosque to seek safety. There have been reports that terrorists have used mosques as arms caches. However, U.S. Lt. Col. Christopher Garver unequivocally said that U.S. troops do not enter mosques for the "sole purpose of disrupting insurgent activities."

During the Italian campaign of WWII, U.S. forces found Germans using the historic Benedictine Monastery at Monte Cassino as an observation post. Our bombers turned the monastery into a heap of rubble. According to the laws of war, if combatants use protected property, such as places of worship and hospitals, as shields or camouflage, they are guilty of violations of the laws of war and are responsible for the protected property. Today's politically correct rules of engagement unnecessarily risk the lives of our fighting men and women and reduce their efficiency.

The capture of the 15 Royal Navy sailors raises another issue. Geneva Convention rules say, "No physical or moral coercion shall be exercised against protected persons, in particular to obtain information from them or from third parties," adding that prisoners of war "are entitled, in all circumstances, to respect for their persons . . . especially against all acts of violence or threats thereof, and against insults and public curiosity."

Iran's parading of prisoners before the media and coercing of confessions violate the Geneva Convention, which only requires prisoners to give their name, rank and serial number to a captor. How much of a world outrage was there to Iran's mistreatment of prisoners compared with the allegations of prisoner mistreatment by U.S. soldiers at Abu Ghraib? There was little or none.

The West's survival requires that we wake up and recognize the true character of the enemy we face. We are involved in a clash with a culture that has little regard for the Western values that hold the sanctity of human life dear. Terrorists specifically target civilian populations. It makes no difference to them whether their victims are babies, women or children. In fighting the war on terrorism, the West goes to considerable lengths, often risking the lives of our troops, to avoid civilian casualties. The West has the means, but not the will, to utterly destroy terrorists and countries that give them sanction. I hate to think of what the terrorists might do to give us the will.