Do we want socialized medicine? 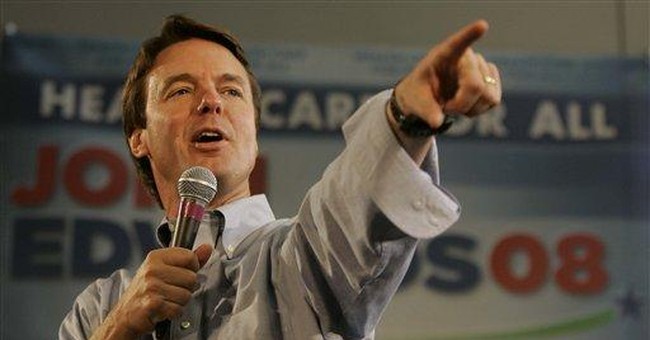 London's Observer (3/3/02) carried a story saying that an "unpublished report shows some patients are now having to wait more than eight months for treatment, during which time many of their cancers become incurable." Another story said, "According to a World Health Organisation report to be published later this year, around 10,000 British people die unnecessarily from cancer each year -- three times as many as are killed on our roads."

The Observer (12/16/01) also reported, "A recent academic study showed National Health Service delays in bowel cancer treatment were so great that, in one in five cases, cancer which was curable at the time of diagnosis had become incurable by the time of treatment."

The story is no better in Canada's national health care system. The Vancouver, British Columbia-based Fraser Institute has a yearly publication titled, "Waiting Your Turn." Its 2006 edition gives waiting times, by treatments, from a person's referral by a general practitioner to treatment by a specialist. The shortest waiting time was for oncology (4.9 weeks). The longest waiting time was for orthopedic surgery (40.3 weeks), followed by plastic surgery (35.4 weeks) and neurosurgery (31.7 weeks).

Despite the long waiting times Canadians suffer, sometimes resulting in death, under federal law, private clinics are not legally allowed to provide services covered by the Canada Health Act. Regardless of this prohibition, a few black-market clinics service patients who are willing to break the law to get treatment. In British Columbia, for example, Bill 82 provides that a physician can be fined up to $20,000 for accepting fees for surgery. According to a Canada News article, "Shortage of Doctors and Nurses Could Hurt Medicare Reforms" (3/5/03), about 10,000 doctors left Canada during the 1990s.

There's help for some Canadian patients. According to a Canadian Medical Association Journal article, "U.S. Hospitals Use Waiting-List Woes to Woo Canadians" (2/22/2000), "British Columbia patients fed up with sojourns on waiting lists as they await tests or treatment are being wooed by a hospital in Washington state that has begun offering package deals. A second U.S. hospital is also considering marketing its services." One of the attractions is that an MRI, which can take anywhere from 10 to 28 weeks in Canada, can be had in two days at Olympic Memorial Hospital in Port Angeles, Wash. Already, Cleveland is Canada's hip-replacement center.

Some of our politicians hold up the Canadian and British nationalized health care systems as models for us. You can bet that should we ever have such a system, they would exempt themselves from what the rest of us would have to endure.