Back to the Future in the Middle East? 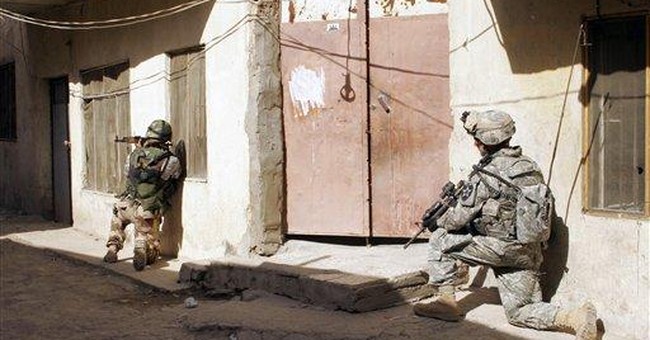 If Gen. David Petraeus can't stabilize Iraq by autumn - or if Americans decide to pull out of Iraq before he gets a fair chance - expect far worse chaos eventually to follow. We will see ethnic cleansing, mass murder of Iraqi reformers, Kurdistan threatened, emerging Turkish-, Iranian-, and Wahhabi-controlled rump states, and al-Qaida emboldened as American military prestige is ruined.

And then what new American Middle East policy would arise from the ashes of Iraq?

Past presidents and statesmen as diverse as Madeleine Albright, James Baker, Zbigniew Brzezinski, Jimmy Carter, Bill Clinton and Brent Scowcroft have weighed in with various remedies to our supposed blunders in the Middle East since September 11.

Apparently, Americans are supposed to forget these supposedly brilliant strategists' dismal records of dealing with Middle East terrorism, Islamic radicalism and murderous dictators. However, their three decades of bipartisan failure helped bring us to the present post-9/11 world.

So before the United States abandons its present policies in Iraq and Afghanistan, we should at least recall the past record - which may be best summed up as the ying of Democratic appeasement and the yang of Republican cynicism.

Jimmy Carter now writes books damning our present policies. He should keep quiet. When the Iranians stormed the American embassy in Tehran and inaugurated this era of Islamic terrorism, his U.N. ambassador, Andrew Young, announced that the murderous Ayatollah Khomeini was "a 20th century saint." Moralist Carter himself also tried to send hardcore leftist Ramsey Clark over to Tehran to beg the mullahs to release the hostages - in exchange for arms sales.

Next came Ronald Reagan, who, to put it kindly, was bewildered by Islamic extremism. He pulled out American troops from Lebanon after Hezbollah murdered 241 marines and thereby helped to energize a new terrorist movement that has spread havoc ever since.

The Lebanon retreat was followed by the disgrace of the Iran-Contra affair, when American agents sold the hostage-taking theocracy missiles and then used the receipts illegally to fund the Contras. Few now remember that Oliver North purportedly flew to Iran to seal the deal, bearing gifts for the ayatollah. No need to mention the intelligence the Reagan administration gave to Saddam Hussein during the savage Iran-Iraq war, or the way it continued Carter's policy of arming jihadists in Afghanistan.

There were just as many cynical realists in George Bush Sr.'s foreign policy team. In the debate leading up to the first Gulf War, Secretary of State James Baker justified attacking oil-rich Saddam Hussein for the sake of "jobs, jobs, jobs." And when our coalition partner, the even oil-richer House of Saud, objected to removing the murderous Hussein regime after its retreat from Kuwait, we complied - to the point of watching Saddam butcher thousands of Kurds and Shiites.

Bill Clinton also often weighs in with ideas on the Middle East. But during his two terms he passed up an offer from Sudan to hand over bin Laden. Shortly afterwards, the terrorist openly threatened us: "To kill the Americans and their allies - civilians and military - is an individual duty for every Muslim."

The Clinton administration also didn't do much about eight years of serial terrorist attacks on the World Trade Center, American servicemen in Saudi Arabia, the East African embassies or the USS Cole. The $50 billion U.N. Oil-for-Food scandal did not reflect well on Clinton's multilateral model of dealing with Saddam Hussein.

The point of reviewing prior American naivete and cynicism is not to excuse the real mistakes in stabilizing Iraq. Instead, these past blunders remind us that we have had few good choices in dealing with the terrorism, theocracy and authoritarian madness of an oil-rich Middle East. And we have had none after the murder of 3,000 Americans on September 11.

After four years of effort in Iraq, Americans may well tire of that cost and bring Gen. Petraeus and the troops home. We can then go back to the shorter-term remedies of the past. Well and good.

But at least remember what that past policy was: Democratic appeasement of terrorists, interrupted by cynical Republican business with terrorist-sponsoring regimes.

Then came September 11, and we determined to get tougher than the Democrats by taking out the savage Taliban and Saddam Hussein - and more principled than the Republicans by staying on after our victories to foster something better.

The jihadists are now fighting a desperate war against the new stick of American military power and carrot of American-inspired political reform. They want us, in defeat, to go back to turning a blind eye to both terrorism and corrupt dictatorships.

That's the only way they got power in the first place and now desperately count on keeping it.

Latest Revelation About Liz Cheney Has to Be the Final Stake in Her Political Career
Townhall
Jonathan Turley finds Biden DOJ effort to circumvent a Trump commutation 'deeply concerning'
Twitchy
DOJ Pokes Another Stick in Trump's Eye - It Will Retry a Man Donald Trump Granted Clemency To
Redstate
Yes, They're Going to Arrest Donald Trump. Deal With It.
PJ Media